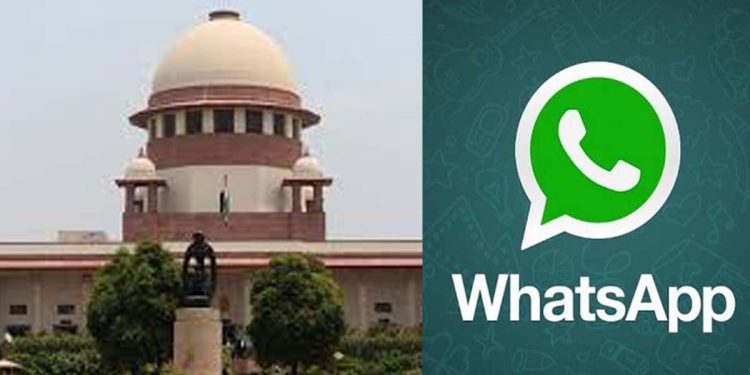 Hearing a plea against the new privacy policy of WhatsApp, the Supreme Court on Monday made it clear that it is the court’s duty to protect people’s privacy.

A media report quoted advocate Divan as saying that WhatsApp has come up with separate privacy policies for the Europeans and to the Indians.

He said till the time the new data protection law comes into force in India, WhatsApp should be barred from implementing its new privacy policy in the country.

After hearing the pea, the bench, headed by Chief Justice of India S.A. Bobde said, “We will issue notice in the matter.”

The bench, which comprised CJI Bobde and Justices A.S. Bopanna and V. Ramasubramanian, told the WhatsApp counsel, “People have grave apprehensions about loss of privacy. You may be 2 or 3 trillion-dollar company, but people value their privacy more than your money, we have to protect people’s privacy.”

Senior advocates Kapil Sibal and Arvind Datar, who appeared for WhatsApp, strongly contested Divan’s argument saying that the high court is already seized of the matter.

Sibal said Europe has a different set of laws.

Representing the central government, Solicitor General Tushar Mehta said the right to privacy is a fundamental right it cannot be compromised with the privacy of people.