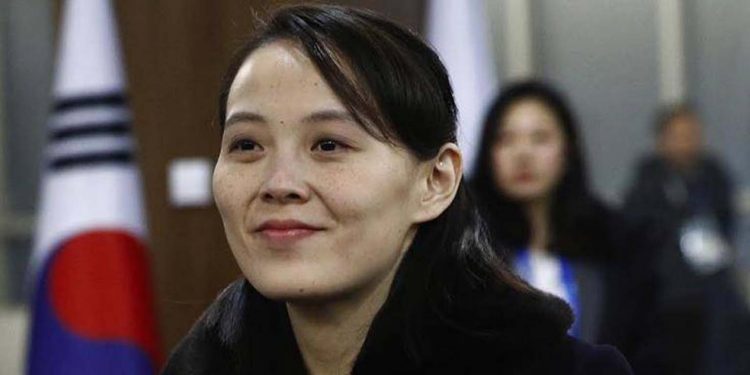 As per reports, there had been high hopes that the North Korean president’s sister, who is in her early 30s would become the first woman leader of the country.

However, many people are doubtful about her leadership position in a highly male-dominated society.

“Yo Jong’s role will likely be limited to a regent at most due to North Korea’s feudal patriarchy,” Bloomberg quoted a Korea University professor Yoo Ho-yeol as saying.

Kim Yo Jong had been seen by her brother’s side at many international events.

According to policy analyst Soo Kim, she is better equipped to take over the top leadership role in North Korea as she has much experience in handling administrative matters.

The other potential male Kim heirs are younger or less experienced in the halls of power.

The North Korean president’s sister was nicknamed “Princess Yo Jong” by her father, the late dictator Kim Jong Il, according to a biography of Kim Jong Un which was titled “The Great Successor” by Anna Fifield.

Kim Yo Jong’s appearance by her brother’s side at the time of their father’s death let the North Korean public know she was a part of the Paektu bloodline.

Although she had a position in the Workers’ Party Propaganda and Agitation Department, according to South Korea, she rose through the ranks and accompanied her brother on domestic tours and later also appeared as his assistant in international events.

The Kim dynasty had been ruling North Korea for three generations ever since it was founded after World War II.