Ram Mandir construction may begin on August 3 or 5 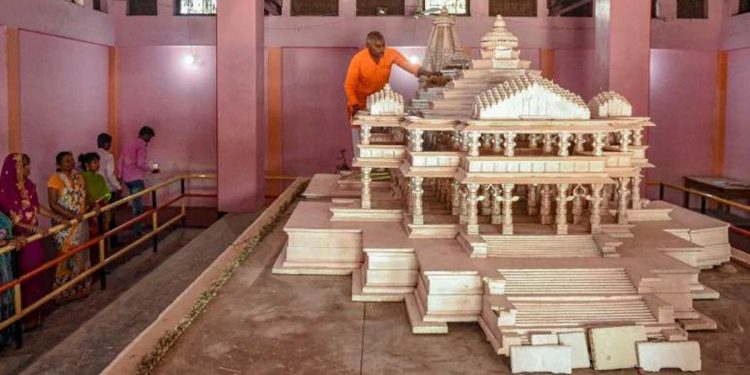 Construction of Ram Temple in Ayodhya could begin on either August 3 or August 5 after Prime Minister Narendra Modi picks one of the two dates.

The dates have been suggested by the Ram Temple trust for the ‘Bhoomi Poojan’ ritual marking the beginning of the construction.

Kameshwar Chaupal of the Ram Janmabhoomi Teerth Kshetra Trust informed that they had sent the two dates to the Prime Minister and the foundation stone of the Ram Mandir will be laid on the date which the PM zeroes upon.

It may be mentioned here that the trust met in Ayodhya earlier on Saturday especially to decide the date for the beginning of the construction.

It further announced that soil testing has begun for the laying of Ram Temple’s foundation.

Meanwhile, Larsen & Toubro is collecting samples for soil testing and drawings of the temple’s foundation will be made on the basis of the strength of soil 60 m below.

The work to lay down the foundation would begin on the basis of the drawing.