Over 20,000 people have been affected in Manling and Medog counties; 12-member local work team consisting of hydrological and geological experts arrives at the disaster site 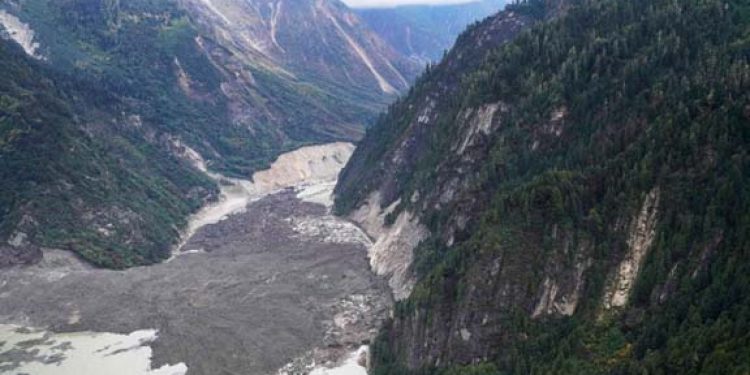 Over 6,000 people were have been evacuated and more will follow after a barrier lake was formed following a landslide that blocked the Yarlung Tsangpo River in the Tibet autonomous region on Wednesday morning.

As per local authorities the water level continues to rise.

A report published on Friday by China Daily the landslide struck around 5 am on Wednesday near Gyalha village in Manling county, plugging the river that originates in Tibet and flows to India, according to the regional emergency response department.

The water level of the lake by 7 am on Thursday had risen to 59 meters, and the amount of water reached 360 million cubic meters. As per the report, the water level had been rising at an average speed of about one meter an hour from midnight to 7 am, the department said.

It has been reported that over 20,000 people have been affected in Manling and Medog counties. More people will be evacuated due to the risk of the barrier lake bursting, the report stated.

Highest level of emergency response has been activated by the regional government for geological disasters and evacuated 6,000 residents, the report said.

It has also been reported that the Ministry of Water Resources also required the regional government to provide hourly information of the water level of the Yarlung Tsangpo River at observation stations upstream and downstream of the barrier lake to Indian authorities as the downstream of the river is likely to be severely affected.

On Wednesday, a 12-member local work team consisting of hydrological and geological experts had arrived at the disaster site.

The regional emergency response department informed that a six-member team, sent by the Ministry of Natural Resources, arrived at Menling county around 8 am on Thursday.

Wu Yingjie, Party chief of Tibet, urged the authorities to closely monitor the barrier lake and issue warnings on possible disasters. He also required them to evacuate residents who are threatened by the disaster.

It was the region’s second major geological disaster less in a week. On Oct 11, the Jinsha River, in the upper reaches of the Yangtze River, was blocked by a landslide, creating a barrier lake in Chamdo, the report said.