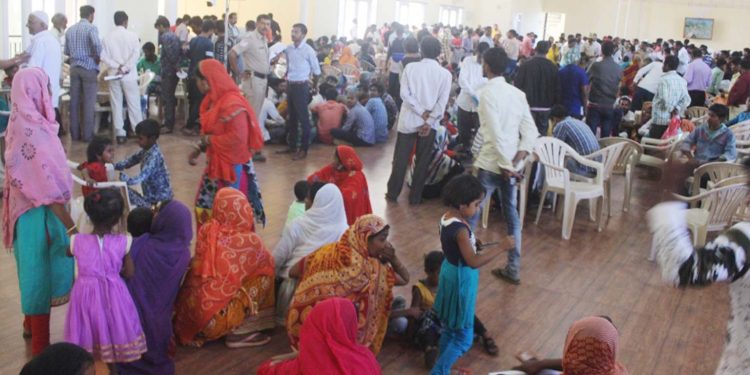 The Centre has told the Supreme Court that migrant workers do not need to travel to their native places during the nationwide lockdown period.

In a status report, the central government assured the apex court that it is fulfilling basic needs of migrant workers and their families wherever they are.

The status report which has been filed by Union home secretary Ajay Kumar Bhalla also lists the steps that the Centre had taken to mitigate the hardships of migrant labourers.

The Centre stated that it is providing psychological support to the migrant workers who are staying at shelter homes with experts and counselors visiting them to provide counselling.

It also said that cash transfer under PM GaribKalyanYojana has been made to reduce the problems faced by low wage-earners in the organized sector.

“In view of the steps taken by the government, it is submitted that there is no necessity for migration of workers to shift from places of their occupation to the place of their residence and rush back to their villages, Their daily needs are being taken care of wherever they are working and the daily needs of their family members were being taken care of at their respective villages,” the status report said.

The Centre also told the apex court that district administration and superintendent of police had been directed to ensure that no migrant worker living in rented accommodations are forced to pay rent by their landlords.