The scale of the Mamata landslide must have offered the BJP-RSS three crucial lessons. 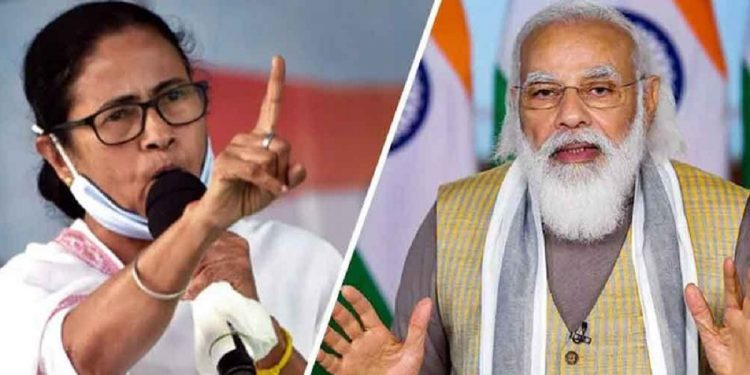 The scale of the Mamata landslide must have offered the BJP-RSS three crucial lessons.

In the first place, the sweeping broad-brush Hindutva canvas they offer to the hugely diverse country will not work in provinces like West Bengal which has a high level of linguistic-cultural exceptionalism.

That is anchored in the 19th century Bengal Rennaisance whose spirit survived a bitter religious partition and paved the way for the emergence of a Bengali persona and a secular Bengali nation after the Bangladesh Liberation War in 1971.

The East Bengalis buried Jinnah’s Two-Nation theory in their lush green battlefields and created an independent nation which is growing, in economic and human development parameters, at a much faster rate than Pakistan and in some cases, even India.

Mamata’s landslide surely poses a similar political challenge to India’s Hindutva brigade, though there is no way it should be seen as a separatist challenge to India. The BJP leaders made much noise over of Mamata’s use of “Joi Bangla” slogan since her 2019 Lok Sabha debacle but their attempts to brand the Trinamool as “anti-national” has clearly not worked.

At least, nearly half of West Bengal’s population who voted for Trinamool (12 percent more than the number of Indians who voted for Modi’s BJP in 2019) has not bought the BJP ‘s ‘threat to India” allegations on this score. But one has to see the level of suspicion — my attempt to compare Hasina’s three terms in power with Mamata’s Hatrick to drive home the power of women in Bengali society, irrespective of religion, led to furious protestations by a BJP spokesperson who saw the comparison as ‘dangerous’.

How can they forget that Bengali Muslims broke up an Islamic state, Pakistan, with Indian help because they value their Bengali identity more than the one provided by religion! And today, Bangladesh, despite BJP’s ceaseless demonisation, is ruled by a party that played the spearhead in that Liberation War.

Secondly, the BJP’s bluff and bluster on Mamata’s alleged “Muslim appeasement” has gone for a toss as nearly half the Bengali Hindu electorate has voted for her in spite of the unending Goebbelian tirade.  BJP spokespersons in television debates kept up this fusillade, even after been pointed out that districts like Malda and Murshiadabad were Muslim majority even in 1947 and the Muslims of Nandigram are indigenous Muslims and not East Bengali migrants (as BJP’s new recruit Suvendu Adhikari alleged). Suvendu survived during the violent Nandigram movement because of his two Muslim lieutenants, Abu Taher and Abu Sufian who are progeny of Sheikh Alladin, the martyr of the Quit India movement who died trying to hoist the tricolour on 8th August 1942.

But for BJP, they are all ghuspets (infiltrators) and Suvendu saw in them the threat of “mini-Pakistan”.    Though the polarisation gave Suvendu a very slender victory in Nandigram over Mamata, it did not give his masters in Delhi the victory they were so desperate for in the state.

Amit Shah’s repeated insulting remarks on Bangladesh (termites and hunger-driven migrants) provoked a cool foreign minister AKA Momen to point to his ignorance and protest his remarks as impacting adversely on otherwise splendid bilateral relations. When Trinamool spokespersons like Dr Suprono Moitra ripped into the appeasement narrative, they were also branded anti-nationals.

Do Bengalis need any certificate on patriotism from those whose state did not have a single detenus in Port Blair Cellular Jail (undivided Bengal accounted for the most, 398 out of 545)? And after the long line of patriots who went to gallows or went missing from Khudiram Bose to Subhas Bose unlike Savarkar, the Hindutva prophet, who begged the British for mercy to secure his release.  The challenge to Bengali pride and the expected obeisance to the High Command culture has always backfired and 2021 “Battle for Bengal” was no different.

Since Assam’s anti-foreigner agitation and the subsequent rise of the Hindu right in India, it is the Bengalis, Hindus and Muslims alike, who are been hauled over the coals to face ever -new citizenship tests. Of the nearly two million people excluded from Assam’s NRC exercise, 1.2 million are Bengali Hindus and just about half that is Bengali origin Muslims.  Mamata’s narrative against NRC-CAA created a silent undercurrent that led to polarisation not only amongst Muslims but also amongst a large section of East Bengal origin Hindus.

The BJP failed to pick on these undercurrents because they can’t get beyond their sweeping  ‘ghuspets’  narrative.  Even as foreign minister Jaishanker and PM Modi privately assured Sheikh Hasina that NRC is an internal exercise within India without no external ramifications, Amit Shah continued to unleash his tirade against Bangladesh, complicating the outlook for India’s Act East policy.

BJP leaders (and Mamata) should closely read the latest World Bank report “Connectivity to Thrive” which says India and Bangladesh can augment their national incomes by 8 to 10 percent in near future if they develop seamless transport connectivity. Even mutual exports will grow by 180 to 280 percent, the report said.

The landslide in Bengal is a pointer — the province which suffered most in Famine and Partition will never tolerate arm twisting over citizenship and their interests lies in economic integration with Bangladesh and the rest of the neighbourhood from the hills of Nepal and Bhutan to the coastal provinces of Myanmar.  Similar benefits will accrue to Assam, Meghalaya and Tripura — so these states better rethink carefully their relationship with Bangladesh.

If half a million Indians are working in India, it is time for BJP to revise its ‘ghuspet’ thesis. The Hasina government officially discourages illegal migration for a different reason which is economic. A former Bangladesh labour minister recently told me that legal migrants send money back home, illegals don’t.

Since foreign remittances are the second biggest pillar of Bangladesh economy after garments, Bangladesh has a vested interest in streamlining labour exports and stopping illegal migration. On a more local level, Calcutta’s shopping malls, hospitals, educational institutions and more look to Bangladeshis as a big clientele. These traders lobby for opening travel between the two countries despite Covid fears. The Mamata landslide proves a large section in Bengal, even non-Bengali traders who benefit from big spending Bangladeshis, are unwilling to buy Amit Shah’s ‘ghuspet’ tirades.

Thirdly, this landslide is an aspirational vote, an endorsement of Mamata’s excellent social sector schemes but that comes with a rider — young Bengalis, who never trusted BJP’s big promises on ‘Vikas’ (development) expect her now to deliver on big ticket re-industrialisation. Mamata has won as “nijer ghorer meye” (Bengal’s own daughter) but she will now have to live down the legacy of Singur-Nandigram and look at home and abroad for investors, especially those companies leaving China. Since even Hasina’s Bangladesh has attracted more of these companies than Modi’s India (regardless of the tall talk), Mamata will do well to look across the border at Hasina’s “Resurgent Bangladesh” model that prioritises economic and human development with clear focus on infrastructure technology and investment (ITI) and anchored in distinct liberal Bengali culture.

Hasina’s determined crackdown on Islamist radicals is also the social model to emulate — rather than getting sucked into chasing a soft Hindutva line to counter BJP with ‘chandipaath’. In ministers like Amit Mitra, Mamata has people with strong connect to industry to get her investment drive going. Attracting some leather majors who moved out of UP over raw hide shortage is a good start but Mamata’s focus must be evenly spread between manufacturing and service sector — next-door Odisha ruled by the quiet Naveen Patnaik is as worthy a model as Hasina’s Bangladesh, whose ‘growth with a human face’ would suit a Bengali milieu rather than the crony capitalism driven Gujarat model.

Finally, Mamata has no reason to get carried away by national aspirations which she has nurtured for a while. If Sourav Ganguly wants to follow the Jagmohan Dalmia path into ICC’s helm, Mamata has a role model in Jyoti Basu, who she has privately admired all the while.

But Basu’s own tryst with destiny amplified Bengal’s lack of wherewithal to hit the top in Delhi — numbers, economic muscle et al. Mamata’s is a regional party and she has to reinforce her organisation and make a success of Bengal as a role model state. India has to accept the Bengal model before it accepts Mamata, so she has to focus on Bengal rather than Delhi.

It is true a national platform of regional parties may look to be the only way to challenge the Modi-Shah juggernaut, but Mamata should not lose her Bengal focus despite being called upon to play a more vigorous national role.