Central Washington has been flooded with National Guard troops ahead of Biden's inauguration. 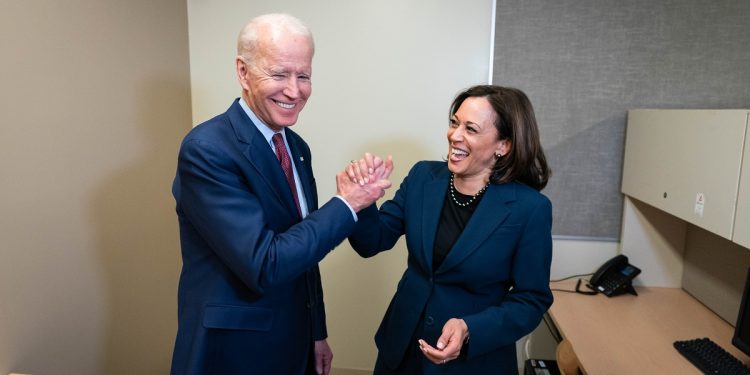 United States of America (USA) is all set to inaugurate its new President on Wednesday.

Joe Biden, President-elect, has arrived at in Washington on the eve of his inauguration.

Central Washington has been flooded with National Guard troops ahead of Biden’s inauguration.

Unprecedented deployment of armed soldiers and concrete barriers is being witnessed in Washington due to COVID-19 restrictions and fears of right-wing attacks.

Upon arriving in Washington, US President-elect Joe Biden paid tribute to the 4,00,000-plus Americans, who lost their lives to coronavirus.

“It’s hard sometimes to remember, but that’s how we heal. It’s important to do that as a nation,” Biden said.

“For many months, we have grieved by ourselves. Tonight, we grieve and begin healing together,” said Vice President-elect Kamala Harris.

Tonight, we come together to honor and remember the lives lost to COVID-19.

Trump asked Americans to ‘pray’ for the success of the incoming Biden administration.

However, Trump is yet to congratulate Biden on his win or invite him for the customary cup of tea in the Oval Office.

US President-elect Joe Biden and his deputy Kamala Harris will be sworn in as the 46th President and 49th Vice-President of the United States on Wednesday.

The Inaugural ceremony will begin with an invocation and the singing of the national anthem at 8:30 pm IST.

We're taking you on a once-in-a-lifetime "Parade Across America" (with some surprise guests ?)!