The NIA has also announced cash reward of Rs 10 lakh each, for information of the two persons. 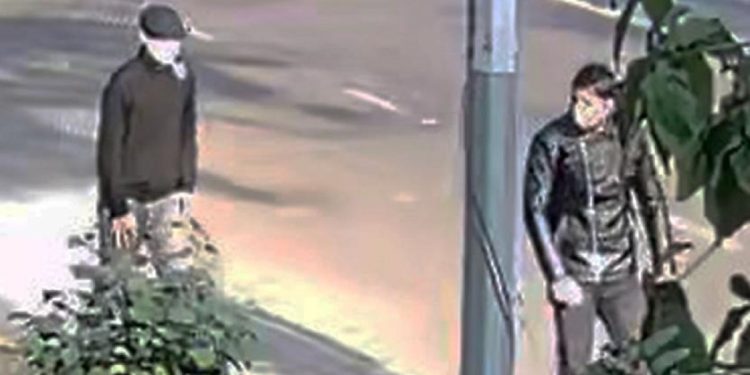 The National Investigation Agency (NIA) has released visuals of two individuals, suspected to be involved in the bomb blast near the Israel Embassy in New Delhi, earlier in January this year.

While releasing the CCTV footages of the two individuals, the NIA has sought help from the public to identify them.

The NIA has also announced cash reward of Rs 10 lakh each, for information of the two persons.

“Any information in this regard leading to identification and arrest of the suspected individuals will be rewarded with cash of Rs. 10 lakhs each,” the probe agency said.

In the CCTV footages released by the NIA, the two persons were seen roaming near the blast site on the day of the attack.

Video footage of the two suspects in case relating to January 2021 blast near Israeli embassy in New Delhi. NIA has sought information on the suspects from the public. Any info that leads to their arrest will fetch a Rs 10 lakh cash reward pic.twitter.com/uxbWWd2R0k

No fatality or injury was reported in the blast. Only windows of a few vehicles parked in the area were shattered.

The government termed it a terrorist act and handed over the probe to NIA due to “international implications”. 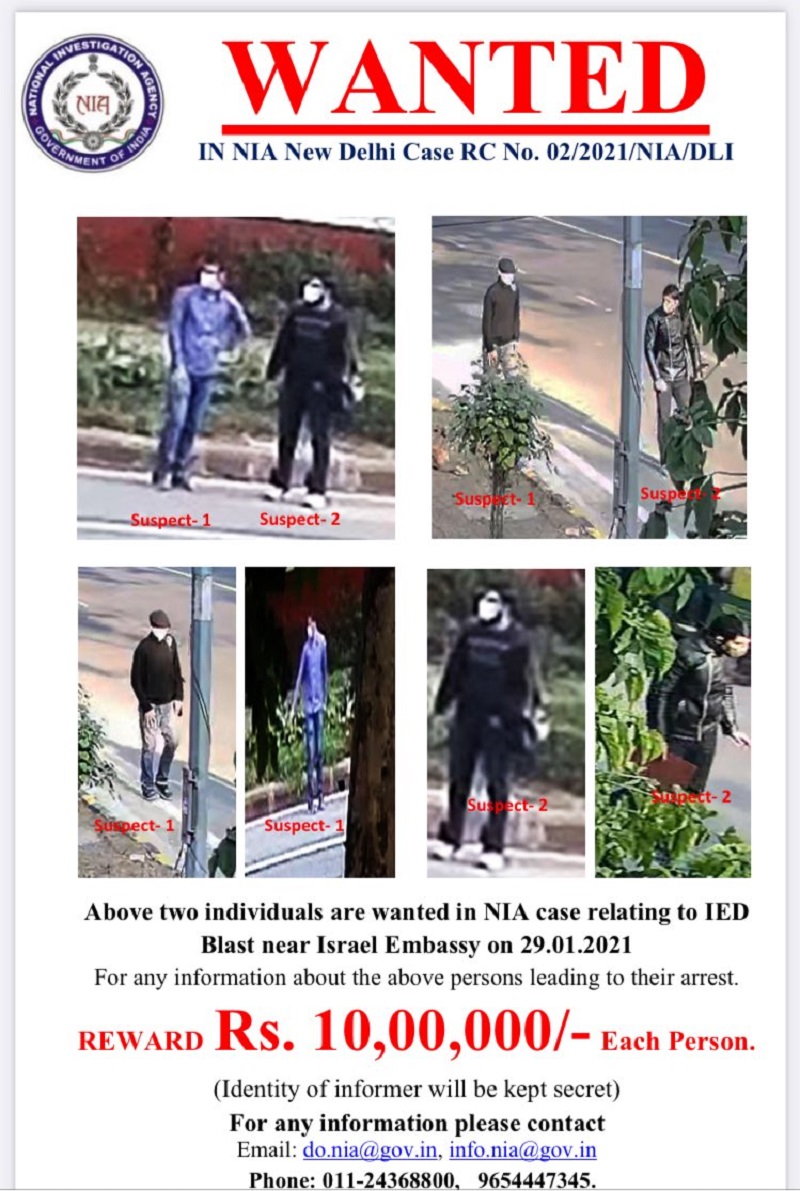