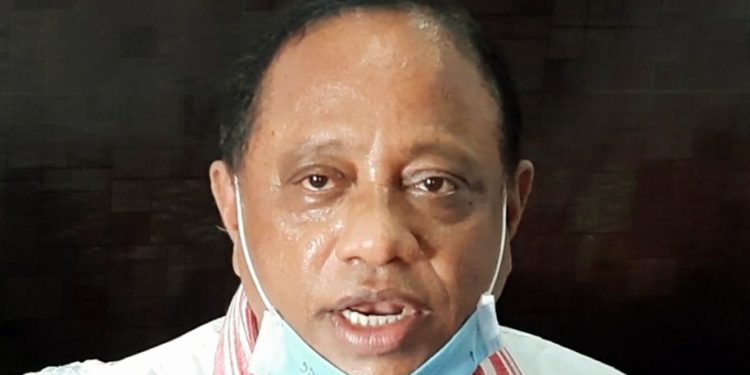 Assam environment and forest minister Parimal Suklabaidya has admitted that illegal sand mining is going on in the state.

“There are reports of illegal sand mining in the state. We managed to catch hold of it many times. Still, there are allegations that such practices are going on. So we need to increase our vigilance,” he told reporters at Orang National Park on Monday.

Minister Suklabaidya asked the officials of the Orang National Park to explore every possible avenue to build environment-friendly infrastructure so that tourists can put up in the park.

“To draw tourists, amenities have to be created, including accommodation in the nearby area,” he said, adding that the park with rich flora and fauna would be able to draw tourists in hordes.

He directed the officials to come up with eco-friendly structures for tourists’ stay.

The minister in a review meeting discussed setting up an eco-friendly prefabricated guest house in the land that has come up at the contact point of Dhansiri river on the western side of the park.

Suklabaidya asked the DFO and the Darrang social forestry division to go in for plantation in the new buffer zone areas that have been added to the park.

The Minister said that he along with senior officials of the department would take up the matter with ATDC for setting up guest houses for tourists in and around the park.

ONP DFO Sandip Kumar said that 15 to 20 families have been served notice to vacate the park land and they would move out shortly.

Kumar said the tender process for the bridge inside the park will be completed soon.

The Minister while appreciating the initiative to set up anti-poaching camps with towers asked the DFO Kumar to ensure that no-poaching takes place in the national park.

Presently, there are 40 anti-poaching camps with eight watch-towers covering an area of 79.28 sq km.

Suklabaidya also reviewed the preparedness of the park authorities to deal with impending floods.

He asked them to maintain vigil and to rescue the wild animals from floodwater.

DFO Kumar informed that 50 per cent of the park consists of highlands and during floods most of the animals take shelter there and the number of casualty is less.

Two speed boats, two motorized boats and 30 country boats are ready to be pressed into a rescue operation of wildlife during flood time.