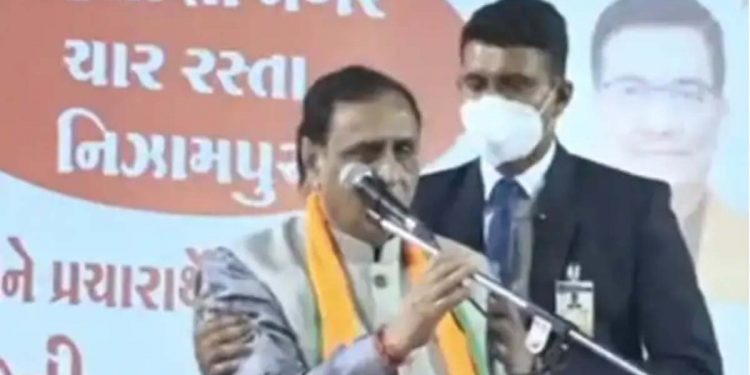 Screenshot of a video.

Gujarat chief minister Vijay Rupani collapsed on the stage while delivering a speech at an election rally in Vadodara on Sunday.

The condition of Rupani, who has been admitted to U.N. Mehta hospital in Ahmedabad, is stable.

The Gujarat chief minister will be kept in the hospital under observation for 24 hours, says a mediareport.

“CM Vijay Rupani is in stable condition but he will be in observation for 24 hours. All tests have been done but it is advised that he should take rest. So, we will keep him under observation,” the report quoted hospital director, Dr R.K. Patel, as saying.

Rupani collapsed while addressing an election rally in Mahesananagar, Nizampura area of Vadodara while campaigning for BJP candidates for February 21 polls to six Municipal Corporations.

As soon as he collapsed a doctor immediately checked Rupani.

After the check-up, the chief minister was flown to Ahmedabad on a chartered plane with Dr Vijay Shah from SSG Hospital in Vadodara.

The state BJP media convener in a statement urged all not to pay attention to any rumours on Rupani’s health.

“CM’s health is good now. It was low blood pressure issue, possibly due to tiredness and stress linked to hectic election related programmes. After treatment given by doctor, his health is fine now,” the statement said.