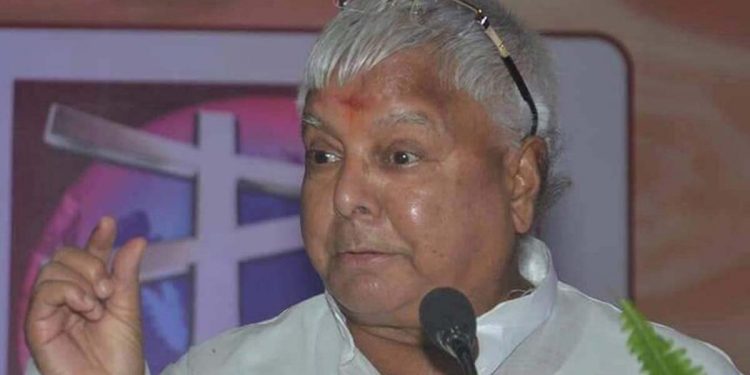 Yadav, who also served as Union railway minister, was airlifted from RIMS, Ranchi in Jharkhand to All India Institute of Medical Sciences (AIIMS), New Delhi on Saturday evening

Yadav has been put under observation in the critical care unit (CCU) of the hospital’s Cardiothoracic and Neurosciences Centre.

According to a media report, Yadav’s family and friends, including his wife and former Bihar chief minister Rabri Devi and party colleague Bhola Yadav, have been in attendance in the hospital.

RIMS director Dr Kameshwar Prasad earlier said: “Lalu Prasad was having trouble breathing for the last two days. On Friday, he was found to be having pneumonia. Considering his age, we decided to shift him to AIIMS-Delhi on the advice of doctors for better treatment.”

Bihar chief minister Nitish Kumar told reporters, “It is my fervent wish that he gets well as soon as possible.”

Yadav rued the fact that he had to remain content with news about the ailing RJD chief gathered from newspapers as his telephonic enquiries had earlier triggered a controversy.

Bora tweeted:  “Deeply concerned with the critical health condition of Shri @laluprasadrjd ji. I wish him a speedy recovery and I pray for overcoming this critical condition.”