Few important points about production of fruits and vegetables: Based on FAO’s publication

This article is based on the Report “Fruit and Vegetables – Your Dietary Essentials: The International Year of Fruits and Vegetables 2021 Background paper” published by Food and Agriculture Organization (FAO) of the United Nations, Rome 2020, so that readers, academicians and researchers can further take up study in their area/ locality as this is an international publication. I thank the Food and Agriculture Organization of the United Nations for sharing the Report with me. 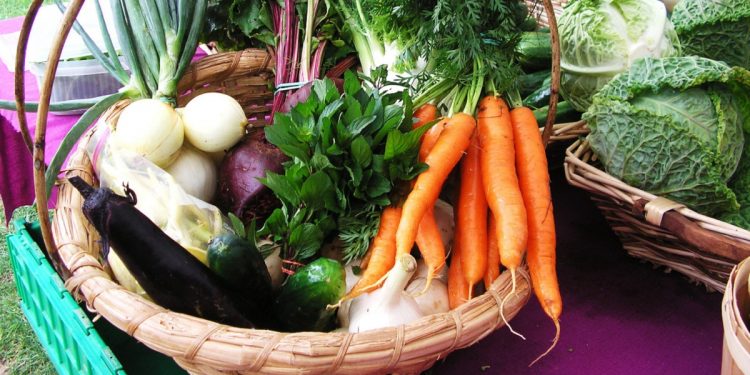 It is pertinent to mention that The United Nations has declared 2021 as the International Year of Fruits and Vegetables.

The Year aims to raise awareness of the nutritional and health benefits of consuming more fruits and vegetables as part of a diversified, balanced and healthy diet and lifestyle as well as to direct policy attention to reducing loss and waste of these highly perishable produce items.

According to the FAO’s Director-General QU Dongyu, “When we think of healthy eating, the first food items that often come to mind are fruits and vegetables – colourful, vitamin-, mineral- and fibre-rich, they are vital for the proper functioning of the human body. The benefits of consuming fruits and vegetables as part of a nutritious diet are vast. Fresh produce items are not only beneficial to consumers, but they also benefit the food system. The fruit and vegetable sector contributes to increasing biodiversity, generating environmental sustainability, and improving the livelihoods of farmers and employees operating along the value chains.”

According to the publication, in 2018, the world produced a total of 868 million tonnes of fruits and 1089 million tonnes of vegetables. The main fruits in order of importance were banana, citrus (orange, tangerine, mandarin, lemon, grapefruit, etc.), melons, apple and grape.

The ‘other’ fruits accounted for 76 million tonnes, reflecting the wide range of different types of fruit that are grown around the world. The main vegetables were tomato, various alliums (onion, garlic, shallot, leek), brassicas (cabbage, cauliflower, broccoli), and cucumber.

Also, Northern and Western Europe produces relatively little, so they import much to meet the demand.

It is observed from the report that worldwide production of both fruits and vegetables increased by about half between 2000 and 2018. In absolute terms the highest increase was in Asia, especially East Asia (where China is by far the largest producer).

On the other hand, in relative terms, the biggest increases were in Central Asia (where production of both fruits and vegetables more than tripled) and Central Africa (nearly triples the amount of fruit and double the volume of vegetables, though from a very low base).

Production of vegetables also doubled in East and West Africa. It may be mentioned that production of fruits and vegetables have increased but consumption is not as per norm.

The report reveals that in 2000 world production totalled just 306 grams per person per day. By 2017 this had risen to 390 grams but this includes non-edible portions such as the core and peel, as well as loss and waste, which are often very high.

The World Health Organisation (WHO) recommends that people should eat at (intake) least 400 grams of fruit and vegetables per day.

This article based on the secondary sources written so that researchers can take up further research in his/her area/region/country.