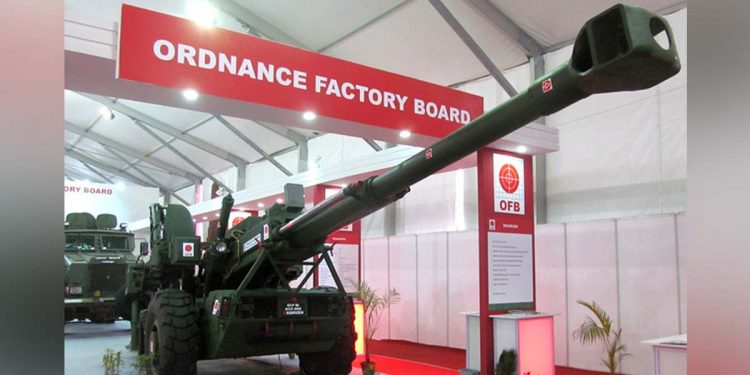 Three recognized federations including AIDEF, INDWF and BPMS have decided to vehemently oppose and fight back against the decision of the Modi government to corporatize the ordnance factories.

The defence civilian employees of the AIDEF, INDWF and BPMS took the decision during a meeting on Sunday.

In a joint circular, the federations stated that they would communicate their decision to the central government on June 23, 2021 and issue strike notice on July 1, 2021 and would go for an indefinite strike with effect from July 19, 2021.

The AIDEF, INDWF & BPMS have resolved to unitedly fight back against the decision of the government to break the ordnance factories in to 7 corporations.

The decisions were taken in the joint meeting of the AIDEF, INDWF & BPMS held on Sunday through video conference.

“All the previous written assurances and commitment given to the federations that ordnance factories would not be corporatised has been violated,” the meeting observed.

The federations said while the conciliation settlement reached on October 9, 2020, the employer DDP has made a “series of violation of the settlement and also Sec.33(1) (A) of the ID Act 1947”.

The federations said for several times, they have pointed out the violations to the DDP and to the CLC(C) but there was no fruitful outcome.

The joint complaint, lodged by the federations on March 31, 2021, was also not acted upon by the CLC(C), which has established his “biasness and partisan attitude” towards the employees, the federations claimed.

In the absence of the three major federations, the CLC(C) in a hurried and hasty manner concluded the conciliation proceedings and a failure report was recorded on June 15, 2021, which enabled the Cabinet to take its “arbitrary decision”, the meeting observed.

This has “exposed the biasness of the government towards ordnance factories”, they said.

To save the ordnance factories from liquidation and protect the interest of the employees with regard to all their service matters as central government employees, the federations unanimously decided to explore the possibility of legal actions in consultation with senior lawyers.

“The decision of the commencement of the indefinite strike will be informed to the government on June 23, 2021. In the meantime the federations will have the meeting of their respective executive committee and inform the joint decision to them through video conference within this 3 days,” the federations said.

The federations of the ordnance factories’ employees have requested all the affiliated unions and the factory level JAC to approach the affiliates of CDRA, JWM Association and request them to support and join the indefinite strike.