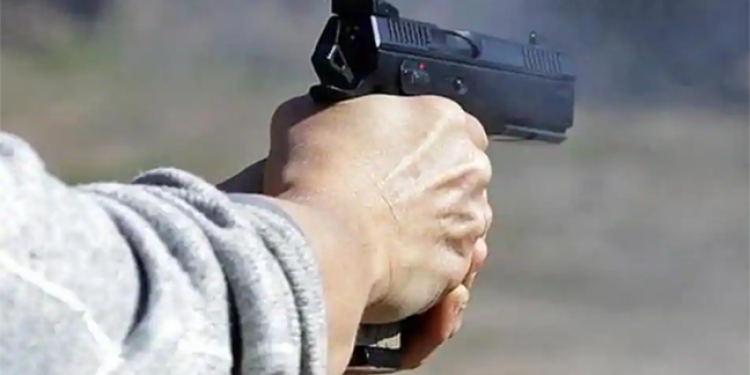 The gunman who had allegedly killed a number of people recently in Canada began his mass shooting spree by first assaulting his girlfriend, police said on Friday.

As per the police, the gunman Gabriel Wortman’s girlfriend managed to escape from him and hid overnight in the woods.

Wortman’s girlfriend later became one of the key witnesses of the police investigation on the mass shooting in Canada, BBC reported.

The crime began in Nova Scotia’s Portapique on April 18, the police said.

After arriving at around 10.30 pm in the place of crime, the police found a man who had been shot by someone driving a police cruiser.

They also found several bodies lying  across the roadway and several houses engulfed in flames.

With the hunt for the gunman being continued, round 6 am, his girlfriend emerged from the woods and told police that he had assaulted her which led police to believe that the argument between the two could have been a catalyst for the horrific mass shootings.

The police found from Wortman’s girlfriend that he was in possession of several replicas of police vehicles and had several firearms that included pistols and long guns.

The police while investigating the case also found that he had stolen a police officer’s guns and mags after killing her.

The gunman died in a shootout with police at a petrol station in Enfield on April 19.