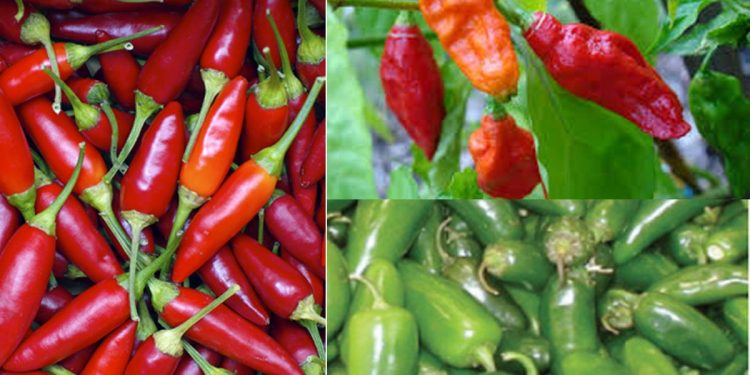 The Bhutan Cabinet on Tuesday rejected the agriculture ministry’s proposal to lift the ban on import of chillies to address its shortage in the Himalayan kingdom.

Chilli is one of the most important items used in Bhutanese dishes.

The Bhutanese’s love of chillies is well known to those who have ever visited the country as there is no dish that is cooked without chilli in Bhutan.

Despite the fact that the Bhutanese consumers are unhappy with the shortage of chilli in the country and hike in the prices of the item in the market, the Bhutan Cabinet turned down the agriculture ministry’s proposal to withdraw the import ban on chilli.

Sanam Lyonpo (agriculture minister) Yeshey Penjor said since there were several cries over shortage of small green chillies , the ministry almost decided to lift the import ban but the Cabinet advised not to lift the ban.

“The Cabinet discouraged the import as the ministry’s assessment reported that local chillies will hit the market within this month,” he said.

As the local chilli production is picking up, it is hoped the country will have sufficient production by March.

“We have dry chillies and chilli powders in the market today,” he added.

Cabinet secretary to the agriculture minister of Bhutan, Sangay Duba, said tested samples of chillies contained chemicals beyond permissible limit and it is difficult to ensure chemical-free chilli import.

The Bhutan Agriculture and Food Regularity Authority (BAFRA) banned the import of chilies from India in June 2016.

The ban was imposed since the imported chilies showed a high pesticide content.

With a population of over 700,000 people, Bhutan requires 1,527 metric tonnes of chillies during the winter months of December, January and February, as per the Bhutan agriculture ministry’s official estimate.

The total amount of chillies consumed in a year is estimated at 2,291 metric tonnes.