Benjamin Netanyahu out, Naftali Bennett in as Israel Prime Minister 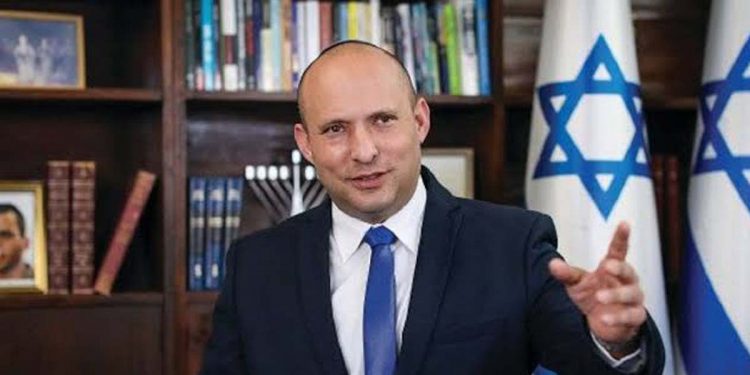 Benjamin Netanyahu, the longest-serving Prime Minister of Israel was ousted by a motley alliance of Israeli parties on Sunday.

In a seismic shift in the country’s turbulent politics, the parliament approved a new ‘government of change’, led by nationalist Naftali Bennett.

Netanyahu, 71, has long been the dominant figure in Israeli politics.

On Sunday, following weeks of intense political drama, a vote in the Knesset legislature ended Netanyahu’s government with a razor-thin majority of 60 to 59 in the 120-seat parliament.

According to a media report, Netanyahu, in typically combative style, vowed shortly ahead of his defeat that “if it’s our destiny to be in the opposition, we’ll do so with our heads high until we take down this bad government and return to lead the country our way”.

Netanyahu’s opponents broke out in cheers in Tel Aviv’s Rabin Square and celebrated their victory, having rallied in recent days with ‘Bye bye Bibi’ placards.

Netanyahu, who is widely known as ‘Bibi’, was Israel’s longest-serving leader, serving as Prime Minister since 2009 after his first term from 1996 to 1999.

He became the face of Israel on the international stage with his polished English and booming baritone voice.

He was the most dominant Israeli politician of his generation.

Netanyahu used his global stature to resist calls for Palestinian statehood, describing it as a danger to Israel’s security.

On the back of shared fears of Iran, he sought to bypass the Palestinian issue by forging diplomatic deals with regional Arab states.

While addressing the parliament, Bennett echoed Netanyahu’s call for the United States not to return to the 2015 nuclear agreement between Iran and world powers, a deal abrogated by former President Donald Trump.

“Renewal of the nuclear agreement with Iran is a mistake, an error that would again grant legitimisation to one of the darkest and violent regimes in the world,” Naftali Bennett said.

“Israel will not allow Iran to equip itself with nuclear weapons,” he added.

The new Prime Minister said the country, after four inconclusive elections in under two years, had been thrown
“into a maelstrom of hatred and in-fighting”.

“The time has come for different leaders, from all parts of the population, to stop, to stop this
madness”, Bennett said, to angry shouts of “liar” and “criminal” from right-wing opponents.

Bennett was a former defence minister under Netanyahu.