Bengaluru barber waited for Ayodhya verdict to get haircut 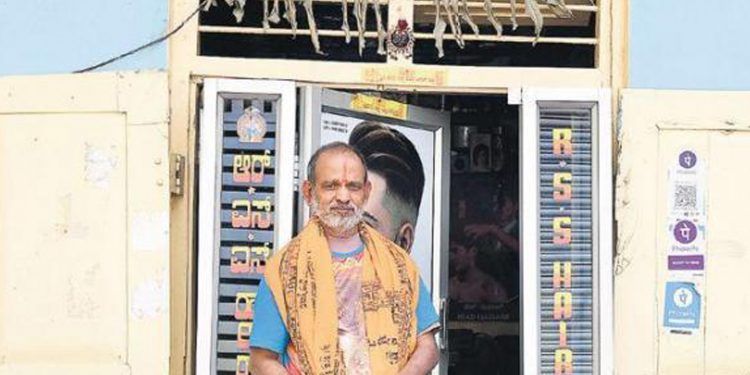 Adhinarayana, a 65-year-old Bengaluru-based barber, trimmed his hair and shaved off his beard after 27 years.

As per a report in The New Indian Express, the barber had taken a vow in 1992 that he will not cut his hair till the Ayodhya land dispute case was settled.

However, after the verdict in the historic Ramjanmabhumi–Babri Masjid dispute has been pronounced by Chief Justice of India (CJI) Ranjan Gogoi on November 9 last year, Adhinarayana Adhinarayana paid a thanksgiving visit to Ayodhya, and tonsured his hair and shaved off his beard.

The barber said that he did not deter from following his vow even though he was scolded by his family members for his long hair and beard.

He had again taken a vow that he will not cut his hair and beard till the Ram Mandir had been constructed.

Adhinarayana, who hails from Ananthpur in Andhra Pradesh, moved to Bengaluru around 46 years ago.

The devotee of Lord Ram gets a huge number of customers daily in his shop ‘RSS Hair Style’.