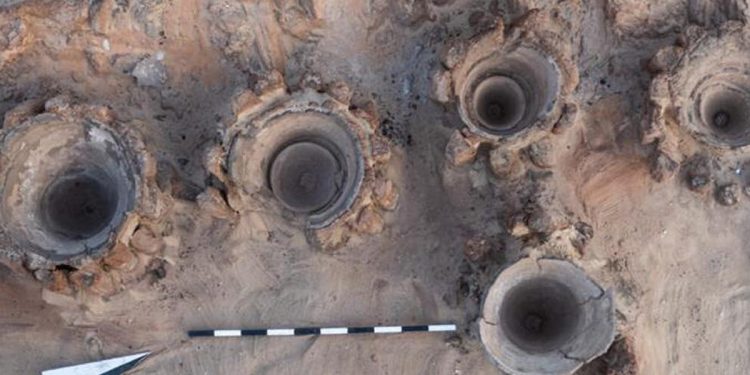 American and Egyptian archaeologists have discovered the oldest known beer brewery in Abydos, an important archaeological site of ancient Egypt.

The brewery is located in an ancient cemetery in the desert of Abydos that lies to the west of the Nile.

Each unit includes about 40 pottery basins in two rows, which were used for heating grains and water to produce beer, a report stated.

Secretary general of the Supreme Council of Antiquities Mostafa Waziri said that the brewery dated back to the reign of King Narmer who can be credited with unifying ancient Egypt between 3150 BC-2613 BC.

The factory was apparently built in Abydos to provide beer for royal rituals.

Archaeologists have in fact found evidence of the use of beer in Egyptian sacrificial rituals.

British archaeologists were the first to mention the existence of the beer factory in the early 1900s, though they failed to identify the exact location.

The ancient city of Abydos was famous for monuments built in the honour of Osiris, the Egyptian god of the underworld along with numerous temples and cemeteries.