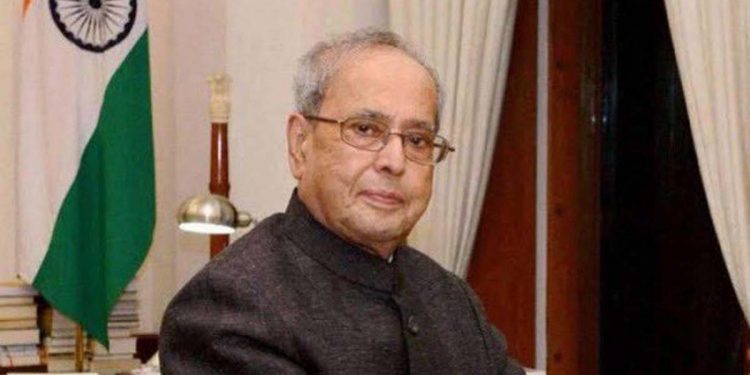 The central government has announced a seven-day state mourning in the memory of former President Pranab Mukherjee who died on Monday at Army Research & Referral Hospital, New Delhi.

“As a mark of respect to the departed dignitary, seven-day state mourning will be observed throughout India from 31.08.2020 to 06.09.2020, both days inclusive,” the Ministry of Home Affairs (MHA) said in a statement.

“During the period of State Mourning, the National Flag will fly at half-mast on all buildings throughout India, where it is flown regularly and there will be no official entertainment,” the ministry added.

The date, time and venue of the state funeral will be intimated later, the MHA added.

Former President Mukherjee was 84 at the time of his death.

Mukherjee tested COVID19 positive when he went to the Army Hospital for treatment.

Mukherjee’s health deteriorated on Tuesday and by since the evening, he had to be kept on ventilator support.

His son Abhijit Mukherjee on Wednesday tweeted that his father was “haemodynamically stable”.

However, he asked everyone to continue prayers.