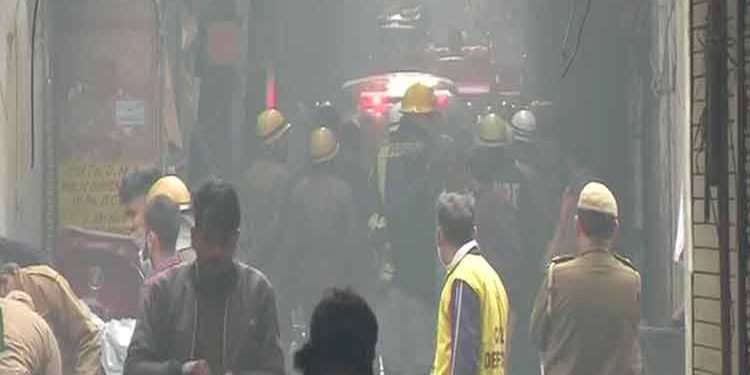 The death toll in the major fire in New Delhi has gone up to 43.

Earlier it was reported that at least 32 people have been killed in a major fire that broke out in New Delhi.

The fire broke out at a four storey bulding at Filmistan.

Over 50 people have been injured in the inferno.

Later, 32 deaths were reported which mounted to 43 later in the day.

The over 50 people were rushed to the hospital.

Special emergency team has been created in the hospital to take care of the patients being brought in by the ambulances.

Police sources have told us that the death toll could rise in the coming hours.

Firefighters said this could have been the biggest firefighting operation carried out in Delhi.

The streets were also congested which made large fire tenders difficult to reach the spot.

Even the ambulances could not reach the spot because the road was blocked by the fire brigades.

The firefighters carried out the wounded to the ambulances which then took them to the hospitals.

Heavy traffic has been reported in the area since the activity began.

At least 30 fire tenders were pressed into service.

No one is being allowed to go inside the area as the rescue operation has been going on for four hours.

Meanwhile, Prime Minister Narendra Modi has expressed shock and grief over the incident.

‘The fire in Delhi’s Anaj Mandi on Rani Jhansi Road is extremely horrific. My thoughts are with those who lost their loved ones. Wishing the injured a quick recovery. Authorities are providing all possible assistance at the site of the tragedy.’