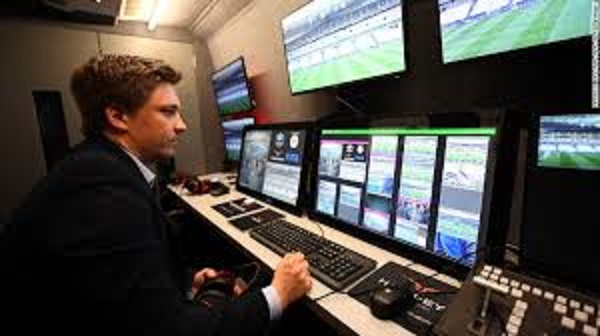 The curtains of the quadrennial FIFA World Cup, popularly described as the ‘greatest show’ on earth, have been finally drawn having provided enormous entertainment and recreation to the connoisseurs of the game across the length and breadth of the world.

Instead of customary polarization of supporters vying for two opponent teams in final, the entire sporting world nearly stood  on one platform supporting the fighting Croatians unequivocally with the possible exception of the French nationals.

The lowly placed Luca Modric and his team had simply stunned and pulverized the football world annihilating so-called famed teams by their scintillating display of football skills and mental fortitude thereby winning the hearts of millions of admirers across the world.

It would not be an exaggeration to state that the recently concluded World Cup had been a gallant story of emergence of new football power houses and simultaneously the graveyard of celebrated teams and stalwart players.

The minnows or under-rated teams have performed magnificently that sky-rocketed and elevated the quality of most of the games right from ‘group stage’ in this World Cup.

Iceland, the baby of the tournament, had sent shivers down the Argentine spine when Alfreð Finnbogason scored the equalizer to draw the thrilling encounter.

Japan, to every one’s surprise, reaching the quarter final had nearly caused upset to Belgium in the nail-biting match.

South Korea went on to beat defending champion Germany causing the mother of all upsets.

Lowly rated Russia after defeating Spain had kept the admirers on the edge of the seats in the heart-stopping quarter final   match against Croatia.

Endless such instances have made this World Cup intensely competitive, refreshing and highly entertaining.

In the din and bustle of monumental euphoria generated by the World Cup, 2018, it is interesting and intriguing to notice that the vital role of  referees and the assistant referees who have virtually controlled the high voltage matches with remarkable poise and alacrity, have not got the deserving attention and recognition.

The familiar tendency of the football lovers to eulogize the performance of Mbappe , Griezemen, Rakitic, Lukaku etc,  ignoring and being thoroughly oblivious of the significant role played by the referees in conducting the matches fairly, justly  and objectively, has been brilliantly countered by the FIFA  president, Gianni Infantino.

There is no doubt that referees like Nestor Pitana of Argentina who supervised as many as three matches including the final,   Andres Cunha from Uruguay who supervised  two matches including the semi final between France and Belgium, Dutch referee Bjorn Kuipers, the Iranian referee Alireza Faghani etc, to name a few, have been outstanding by their on-field  performance.

Responding to the growing need of intense commercialization of the game coupled with the burgeoning increase of television audience across the world, FIFA took the boldest step to introduce ‘Video Assistant Referee’ system in the Russian World Cup.

The Video Assistant Referee system, known as VAR, is football’s first use of video technology to reach more correct decisions.

Needless to say, that ‘VAR’ has met with resounding success and contributed immensely in making the games absorbing and exciting.

Except on fewer instances, this World Cup has not ignited any major controversy due to wrong decisions by referee.

To quote FIFA president, “VAR is not changing football, it is cleaning football, and this was our overriding aim when we started the VAR project.” 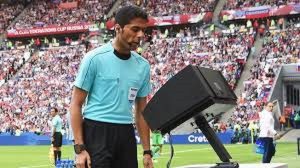 Interestingly, in the eighty year old glorious history of World Cup football, this is the first time, there was no English referee!!!

FIFA claims that a new era has dawned in this World Cup in ‘refereeing and with the introduction of ‘Var’.

The claim is vindicated by the fact that ‘red cards’ and fouls per game in this World Cup have come down to three and 27 per cent in comparison to 16 and  35.05 per cent respectively in  1998.