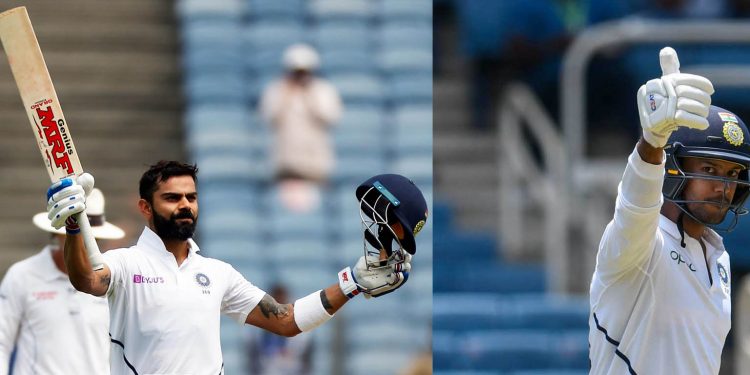 Virat Kohli, who scored only 21 runs in the first test against New Zealand in Wellington, has lost his numero uno spot in the ICC Test rankings and he is replaced by Steve Smith.

This is for the 8th time that the former Australian skipper is on top of the rankings after first occupying the top position in June 2015.

Apart from Kohli and Smith, the other batsman to occupy the number one position was New Zealand skipper Kane Williamson who held the position for an eight-day-period in December 2015.

In the latest rankings for the Williamson gained 31 points and Indian opener Mayank Agarwal has climbed to the 10th position.

Bangladesh’s Mushfiqur Rahim rose five places to return to the top 20 and New Zealand’s Ross Taylor and Colin de Grandhomme have moved up the batsmen’s list as well.

In the fast bowlers’ rankings, New Zealand seamer Tim Southee and Trent Boult made big gains after finishing with nine and five wickets, respectively against India in the first Test.

Southee is now at the sixth position, his highest since a career-best fifth place in June 2014.

Boult climbed up four slots to take a joint-13th position.

The second Test match between India and New Zealand will begin on Saturday at Christchurch’s Hagley Oval.