Virat Kohli one ton away from Sachin Tendulkar’s record 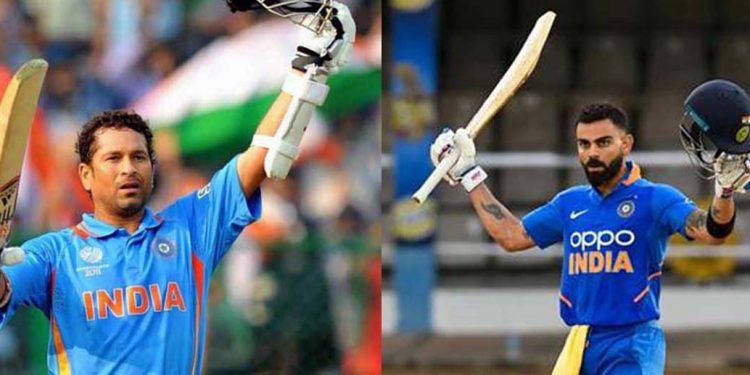 Team India captain Virat Kohli on Tuesday will get an opportunity to equal Sachin Tendulkar’s record if he succeeds in scoring a ton.

While Team India takes on Australia at Mumbai’s Wankhede on Tuesday, if Kohli scores a century, he would come at par Sachin Tendulkar’s record.

At present, Kohli looks confident to achieve it, with 19 centuries in his bag at home.

The Australians are going to play a three-match ODI series against India.

During the last few years, Kohli is on a record-breaking spree.

He became the fastest to reach 11,000 international runs as skipper as India played a three-match T20I series against Sri Lanka.

On January 7, Virat reached another milestone in T20I as he completed 1,000 runs as captain in the shortest format of the game against Sri Lanka at Indore.

He is the only batsman in the world to average more than 50 in all three formats. And, he has scored the most number of double tons in Tests as captain