Why you need to use ACs with caution during coronvirus 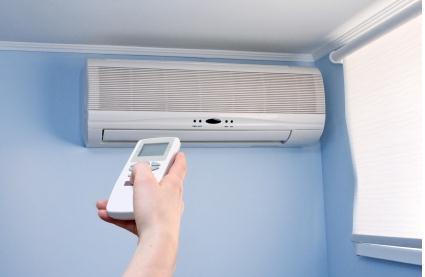 Rumours doing the round that use of air conditioners during this summer may not be safe as it can help spread the novel coronavirus that causes COVID-19.

The truth, as per the fact check done by the Press Information Bureau (PIB), is not that straightforward.

Based on inputs from doctors, the official handle of PIB Fact Check tweeted that running windows AC in a room where there is no coronavirus patient poses no risk to people.

“As the mercury soars, here’s one more #PIBFactcheck.

“Claim: ACs should not be used to cool off in the heat, as they spread #Covid_19.

“Fact : It’s a little complicated. Window ACs are ok, but not central air-conditioning. Let’s listen to this segment from @DDNewslive,” said the tweet.

In the video clip accompanying the tweet, doctors are heard saying that in healthcare establishments where there could be coronavirus positive patients, central ACs may pose some risk.

A guidance document by the Indian Society of Heating, Refrigerating & Air Conditioning Engineers (ISHRAE) also suggested that people should use air conditioners with caution during the pandemic, especially in healthcare establishments.

“The most important factor in this scenario is to ensure that the virus-laden airborne particles do not leak out of the rooms occupied by COVID-19 patients and also to maintain the concentration of virus-laden particles inside the patient room at a minimum,” said the document titled, “COVID-19 Guidance Document for Air Conditioning and Ventilation”.

This is required to control the spread of infections and also to protect the healthcare workers, it added.

“As is the normal practice, most of these patient rooms would be served by a HVAC (heating, ventilation, and air-conditioning) system that would be of a recirculatory type, wherein the air from the room is taken back to the AHU (air handling unit) for thermal conditioning and brought back,” ISHRAE said.

“The same HVAC system could also be connected to a few other areas of the hospital. In some cases, there might be no dedicated return air duct and it could be a ceiling return system.

“If a COVID-19 patient had to be admitted to such a room, it would present a significant risk of the virus-laden particles spreading out from the designated COVID-19 patient rooms,” the document added.

The engineers suggested how air conditioners should be used in different settings such as homes, commercial establishments, and in healthcare facilities.

The document suggests that recirculation of cool air by room air conditioners must be accompanied by outdoor air intake through slightly open windows and exhaust by natural exfiltration.

“Set room temperature between 24 degrees Celsius and 30 degrees C. Maintain relative humidity between 40 per cent and 70 per cent,” ISHRAE said.