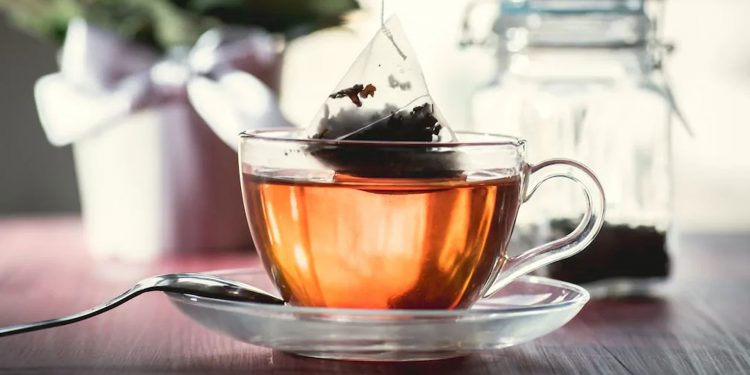 Researchers have found that a single plastic tea bag can release billions of micro-plastic and nano plastic particles into a cup of tea.

The research was conducted by a team from McGill University in Canada.

The team found that a single plastic tea bag at brewing temperatures can release about 11.6 billion micro-plastic and 3.1 billion nano plastic particles in water.

The levels of plastic particles released by plastic tea bags have been found to be a thousand times higher than those reported previously in other food items.

After cutting the tea bags and removing the tea leaves, the team heated the empty tea bags in water to simulate brewing tea.

The tea leaves were removed to get clear and accurate results.

The team found the composition of plastic particles in water after studying it by using an electron microscope.

They also studied the effect of the plastic particles on water fleas which are aquatic organisms often used in environmental studies.

The researchers treated water fleas with various doses of the microplastics and nano plastic released from the tea bags.

The water fleas showed some anatomical and behavioural abnormalities but did not kill the organisms.

The team stated that more research is required to study the actual effect of the plastic particles on humans.

The research findings have been published in the American Chemical Society journal Environmental Science & Technology.

The study had been funded by the Canada Research Chairs Program, the Natural Sciences and Engineering Research Council of Canada, the Canada Foundation for Innovation and McGill University.