Gitanjali was selected from over 5 thousand nominees. 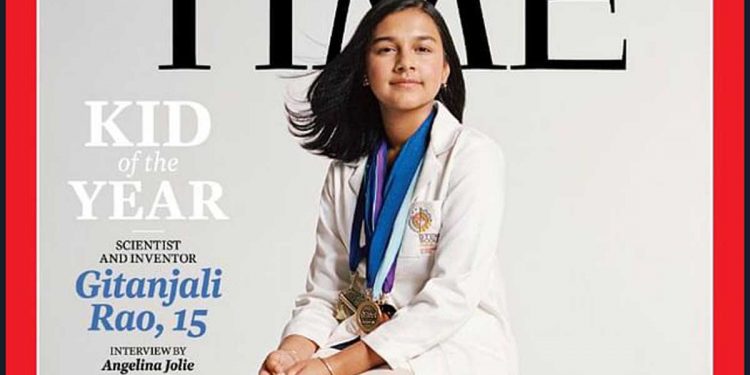 TIME magazine has named Indian-American Gijanjali Rao as the magazine’s first ever ‘Kid of the year’.

15-year-old Gitanjali Rao is an inventor, author, and a STEM promoter.

Gitanjali was selected from over 5 thousand nominees.

Indian-American Gijanjali Ra, who hails from Denver in Colorado, USA has invented several new devices, including one which can identify lead in drinking water.

She has also invented an app and Chrome extension to detect cyber-bullying.

According to TIME Magazine, Gitanjali, in an interview with Academy Award-winning actor Angelina Jolie, talked about her “work to tackle issues ranging from contaminated drinking water to opioid addiction and cyber-bullying.

Her mission is to create a global community of young innovators to solve problems around the globe.

Gitanjali also spoke about representation in the science community and what it means to her as she’s growing up.

Gitanjali said, “I don’t look like a typical scientist. Everything I see on TV is that it’s an older, usually white, man as a scientist.”

Gitanjali along with other four finalists will be honoured in a special programme next Friday.

Earlier, she also featured in Forbes’ ‘30 Under 30’ list for her innovations.