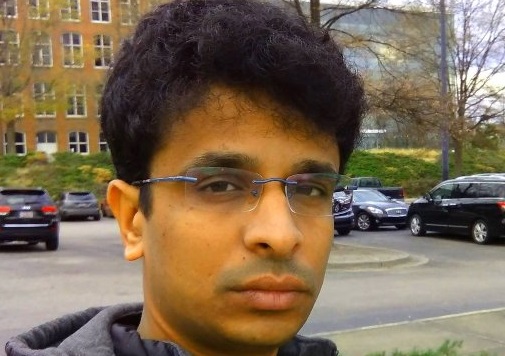 The National Aeronautics and Space Administration (NASA) has claimed to have found India’s Vikram lunar lander.

Vikram had crashed on its final approach to the Moon’s surface in September last.

However, NASA was helped in this endeavour by a young amateur space enthusiast from India.

NASA made an announcement in this regard on Monday.

It had released an image taken by its Lunar Reconnaissance Orbiter (LRO) that showed the site of the spacecraft’s impact on September 7 last as per Indian time.

The amateur space enthusiast Shanmuga ‘Shan’ Subramanian, a 33-year-old IT professional from Chennai,  has been credited by NASA in finding the debris of Vikram.

“@NASA has credited me for finding Vikram Lander on Moon’s surface.”

NASA then performed additional searches in the area and officially announced the finding.

The main spacecraft, which remains in orbit around the Moon, dropped the unmanned lander Vikram for a descent that would take five days, but the probe went silent just 2.1 kilometers above the surface.

Days after the failed landing, the Indian Space Research Organization (ISRO) said it had located the lander, but hadn’t been able to establish communication.

Meanwhile, union minister of state for Development of North-Eastern Region (DoNER) Jitendra Singh on Tuesday tweeted, “#NASA says it has found the impact site and debris of #Chandrayaan 2 #VikramLander.”