‘Missing’ Russian found in psychiatric hospital, another found hiding in a Goa cave 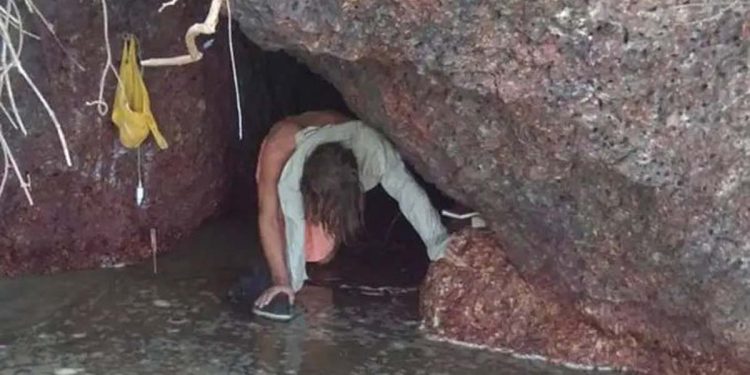 Amid the crisis situation arising out of the COVID19 pandemic, the Goa Police have finally traced a Russian national, who went missing recently.

The photo of the person had gone viral in Goa with the details of him having gone “missing”.

According to a media report, in the last three days, the Goa Police continued a search operation across north Goa and the border villages of Maharashtra.

After tracing out the man at The Institute of Psychiatry and Human Behaviour (IPHB), the police have heaved a sigh of relief.

The report quoted North Goa superintendent of police Utkrisht Prasoon as saying: “We finally found him at IPHB and are told he is undergoing a 21-day treatment. It’s a matter of relief that he was found.”

The missing case came to light when his wife first contacted IAS officer Amit Satija, who is also the nodal officer and in-charge of resolving concerns and transit of foreigners from Goa after the COVID19 pandemic.

The report quoted Satija as saying: “She texted me in Russian language and we involved a translator, taking help of another Russian tourist in Goa.”

“What we understood was that he was to return on March 16 and had not,” said Satija.

The Goa Police immediately launched an investigation and reached Morjem where the man had taken shelter as a guest.

Based on the details available from his wife and the FRRO office, the photograph of the missing man was shared with the Russian nationals residing in North Goa.

The Maharashtra Police were also intimated to look for the man in the border villages.

A search operation was also launched in all the health centres in Goa if any Russian national had reached out with any symptoms for any checking.

The operation team reached north Goa and found the man’s friend who accompanied him during his journey.

But his friend said he had no information on the person’s whereabouts.

The police also circulated the photograph to all the hospitals and finally got information on the man being at IPHB.

Meanwhile, the authorities are now investigating the case of another Russian national identified as Valenti who was found inside a cave.

Valenti was rescued by the lifeguards after water levels rose and he sought help.