Know about Ice Hotel which is built every year 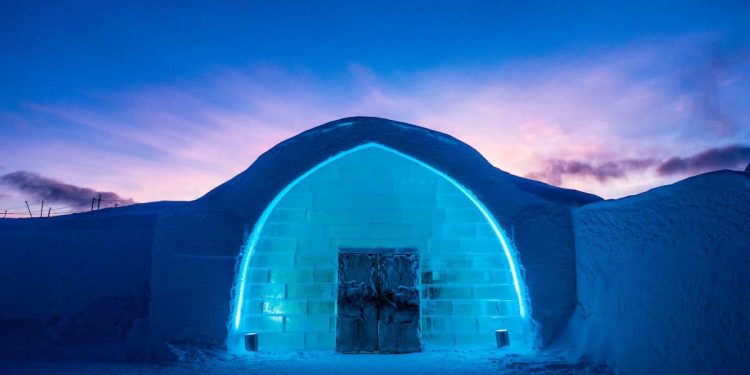 A view of the ice hotel in Sweden. Image credit - www.icehotel.com

When hotels are built, a large amount of money is spent on it so that it remains durable for a long period of time.

However, there is one such unique hotel in Sweden which is built every year and remains durable for five months only.

The hotel, known as Ice Hotel, is built in the banks of river Torne.

In order to construct the hotel, about 2,500 tonnes of ice is extracted from the river.

The construction of the hotel starts annually in October and is created at the village of Jukkasjarvi in northern Sweden.

After five months, the structure of the hotel starts melting.

Artists from around the world also showcase their creations in the hotel which was first constructed in 1989.

The temperature inside the rooms of the hotel is around minus fifty degree Celsius.

Apart from the artistic icy creations, the hotel has good facilities for both adults and children to make their stay comfortable.

According to a media report, every year, around 20,000 guests spend a night in the hotel.

Julia Hansers, the 25-year-old guide, said guests usually react less to the cold than to the tranquility.

A media report quoted Hansers as saying: “A lot of people coming here live in the city, and there you always have some sort of sounds and noise around you, and inside the ice hotel it’s completely quiet.”