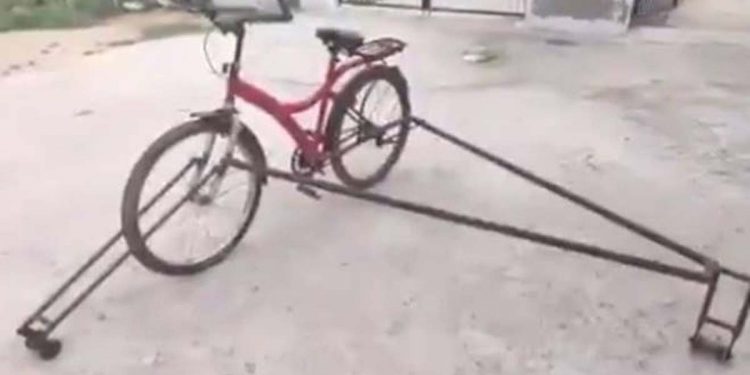 In order to inspect, monitor, and repair railway tracks, the Indian Railways has introduced an innovative rail bicycle.

The innovation has been made in order to ensure the safety of the railway passengers, the union minister said.

The Rail Bicycle can easily be placed on the railway tracks and a railway employee on duty can move towards the destination without any difficulty.

It is expected that the cycle will help the railway workers in all seasons.

After a heavy shower, bridge approach locations and other vulnerable locations can be easily inspected by the staff in a short span of time with Rail Bicycle, the railway ministry said.

The ministry also said apart from emergency situations, the bicycle will be very helpful for patrolling during hot weather.

The Rail Bicycle will help the railway staff in daily monitoring of the rail tracks.

According to a report, due to the ongoing COVID19 pandemic, some of the sections over the Indian Railways network are currently closed for the traffic.

In these sections, Rail Bicycle can be used for patrolling, ensuring safety and security.

The Rail Cycle, which weighs just around 20 kgs, can easily be lifted, assembled and dismantled by one person.

The average speed of the Rail Bicycle is 10 km per hour and the maximum speed is 15 km per hour.

The Rail Bicycle can carry two persons, said the report.