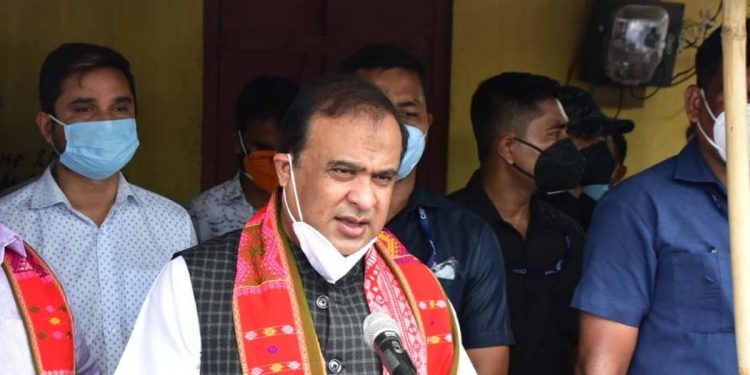 Himanta Biswa Sarma has said regional parties cannot come together against BJP because states compete with each other.

“You will see the rise of a leader here and there but when you come to the bigger national picture, the people of India will always vote for a party that will safeguard the integrity and sovereignty of the nation,” Assam CM Himanta Biswa Sarma told the Indian Express e-adda.

On the face of it, the logic looks impeccable. But like many arguments that the wily politician makes strongly, this one also falls apart on close questioning.

If states have conflicting interests, one may justifiably argue, they cannot be represented by an overarching national party with a wide broadbrush approach. Which explains the demise of the Congress and the rise of the regional parties across India after the late 1960s.

The first generation of India’s regional parties grew from organic roots – DMK from the Dravidian movement, Telegu Desam from the Greater Andhra movement, AGP from the womb of Assam anti-foreigner agitation, Akali Dal from the Punjabi Subah movement, National Conference upholding Kashmiriyat under the Abdullah or the small Naga, Manipuri and Tripura parties in Northeast.

The BJP’s Hindutva pitch notwithstanding, most regional parties fighting against Congress, initially sided with BJP.

Some like the Akali Dal still do. Only the Asom Gana Parishad has been completely marginalised by the BJP through its alliance politics. Mamata Banerjee and Prafulla Mahanta became BJP allies around the same time though AGP is 12 years older to TMC.

But Mamata swiftly parted company while Mahanta stuck on. Two decades later, we know who is where and who has gained or lost. So, regional parties are there to stay , Mr Sarma, and they can grow in strength like TMC.

Only in Assam, where the BJP has successfully usurped the anti-migrant plank do we have a saffron eats all story.

But you still have worries over Akhil Gogoi, so tastelessly you question his mental balance.

Now to whether regional parties can provide an alternative to BJP, a prospect ruled out by the Assam chief minister.

If regionalism grows exponentially because national parties fail to connect to people at the grassroots and fail to deliver during crisis such as the Covid pandemic, how can one see the BJP or Congress surviving as the preponderant force.

Modi is making the same ‘Mughal mistakes’ that Indira Gandhi made – and for which the Congress paid dearly, though she had achieved so much in five years before Emergency. If BJP’s Hindutva divides people and pursues an aggressive monopolistic political agenda, regional parties will fight them and survive exactly the way Mamata did – invoking Bengali exceptionalism but avoiding Shiv Sena Marathi parochialism to avoid loosing long time non-Bengali residents.

The prime ethno linguistic identity can never be supplanted by a religion driven nationalism since the religion itself is practised so differently across the country.

Slowly the regional parties will work out a national coalition that promotes national unity amidst diversity but keeps alive the Indian dream through a sense of shared destiny and not on the basis of a
‘Hindi, Hindu, Hindustan’ version of Bharat, which seeks to promote Ram Navami above Durga Puja or Bihu.

Mr Sarma, States develop conflicting interests when one pushes a divisive , discriminatory agenda. You can momentarily gain by NRC in Assam but you lose votes of Hindus of East Bengali origin whose extended family has been excluded from Assam NRC . My non political wife voted TMC first time in 2021 Bengal polls because her 73 year old mashi, resident of Silchar and Indian citizen by birth, was left out of NRC..

But states like Bengal , Assam, Meghalaya and Tripura can work together if people and parties prioritise development and growth and not waste time on divisive identity politics which can badly backfire. We can grow round the economic bull that Bangladesh has turned out to be.

For that, the first thing needed is to get rid of an image of Bangladesh as a country that sends hungry millions.

Mr Sarma’s approach is a classic testimony to how you can talk opportunity and loose it by promoting something else in the same breath.

During the e-adda, he talks profusely about his respect for Sheikh Hasina, praise her action against ULFA, talk of his visit to Bangladesh and desire to visit again, the transit that Bangladesh can, and does, provide.

Then he says the NRC process will continue and the case of those who are found to have come from the neighbouring country will be taken up with Bangladesh.

This is what he exactly says: “After that we have to take it up with the government of Bangladesh, that look this is the proof, they have come from Bangladesh and we must try to send them back. But if it is not possible, at least disenfranchise them.”

Foreign Minister Jaishanker and PM Modi has assured Hasina that the NRC exercise is an internal exercise within India which will not impact on bilateral relations with Bangladesh.

Without doubt, despite being India’s close friend in the neighborhood, Hasina will react fiercely if she feels the NRC heat at any point. I know her too well to expect anything different. Amit Shah’s ‘termite’ remark was bad enough and remember Foreign Minister Momen’s tough snub in response – “he has no idea of our country now”.

Sarmaji’s taking up NRC exclusions will rub salt into existing wounds. Islamists gunning for Hasina’s “murtad” (apostate) government will have a field day. You don’t create problems for those you profess to respect.

Mr Sarma, politics is the art of resolving contradictions, not of creating or denying them.