(Some stray thoughts with apology to the faithfuls) 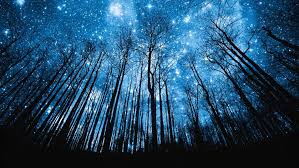 Let us start from a concept we call Age. Age is Time’s signature on the body. Aging needs to be taken gracefully as an effect of time on the body composed of matter that metabolizes continuously to its eventual dissolution. We have been fortunate to be conscious matters amongst billions of matters which do not know that they exist and that each matter is only a form of energy.

Continual flux of energy and forces working on and into it mysteriously produce matters and some of it become conscious of its existence.  Death is a dissolution but also a return to its original inanimate state, diffused and yet existent.

As matter in the form of energy, it remains immortal. It is still a mystery how consciousness arises in the organic composition of a human or animal body. We attribute a soul to it. Then we conceive of a supreme soul and a transcendent entity responsible for all creations. He is the Being and in our ideation he does not age (or does not become). He is always in full glory.

If a supreme something  is responsible for all creations, it is not a Being that has form but has to be a super-force besides the already known four forces of nature or something that acts on those known forces that in turn act on all matters and all energies.

It may not be doing it consciously but because it is its inherent nature. (In fact, evidence of the existence of a fifth force of nature is seriously predicted by some Hungarian scientists, ‘The Fifth Force of Nature Could Be Real and Fantastic. Scientists think they’ve found it in a helium atom. By Caroline Delbert, Nov 20, 2019’. Even a Higgs-Boson particle has been called God-particle because of its role in giving the matters mass.).

Religions give it a physical form calling it a Supreme being and explain that it is in control of its creation. While all forces act on each other, they do not control their actions. In a way, humans conceive a Supreme or Transcendental Being as a safety valve as it helps them release their existential anxieties and so they rationalise a sublime magnitude.

In distress, prayer helps the humans to maintain mental equilibrium. But a Supreme being in the image of Man or a conscious super-being existing yet indescribable is only a human myth-making effort so that a Supreme Creator of all the existing things can be conceived as a concrete reality.

We concretize it giving it a name and attributing superhuman qualities to it. It gives us solace in an otherwise unconceptualizable universal flux to create meaningfulness in an apparently meaningless swirl of particles.

Religions are different ways of theorizing the Supreme Being and these are expressed through different tenets among people formed into differentiated communities in different theological environment, where one or many powerful spokesmen claiming to speak on behalf of the Supreme Being emerge. Since rationalization complicates things, surrender to faith becomes the way out of the existential anxiety.

Faith creates faithfuls. They are harnessed into a community by a leader, who spiritually interprets the Supreme being in the social and natural environment that influence his community.

Whatever wisdom he receives from his and his community’s environment, he organizes this into a body of tenets, and for him that is the spiritual truth. He becomes a messenger, or a direct receiver of wisdom or an interpreter of the truth of God, the maker. He himself believes this and therefore all other interpretation arising in other communities in a different environment becomes unacceptable.

He therefore warns his followers to keep away from other interpretations. In course of time, the tenets preached by him may become rigidities among the inheritors of his wisdom and they may treat other communities as fallen and warn their community against the others. The rigiditified doctrines may then lead to conflict. Many civilizational conflicts have their origin in such uncompromising faiths.

And why most receivers of divine wisdom are males? The simple answer is, most societies are patriarchal. All female deities conceived anthropomorphically are hierarchically placed below male gods in patriarchal societies.