Can Gandhi help us today? 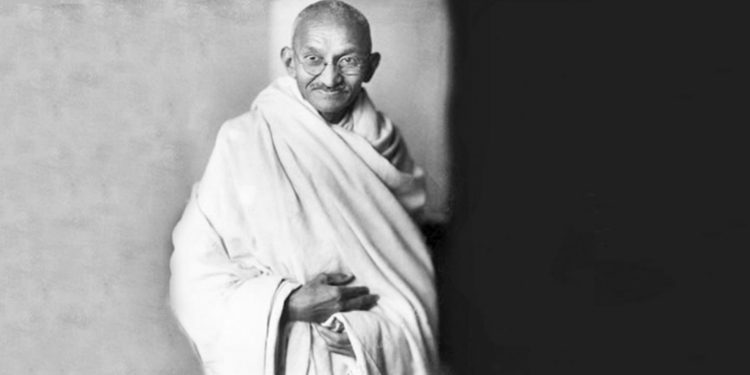 While others are busy debating Gandhi, BJP is shrewdly trying to appropriate him and make the best use of him for furthering their political objectives.

In Assam too they are organising some sort of Yatra after Gandhi’s name. Let us be fair to the BJP at least on one count.

Yes, it is true, Gandhi was a religious man and he was a devout Hindu. But, wait a bit. He was never a bigot.

Here begins his difference with the BJP.

“When I was turning over the pages of the sacred books of different faiths for my own satisfaction, I became sufficiently familiar for my purpose with Christianity, Islam, Zoroastrianism, Judaism, and Hinduism. In reading these texts, I can say that I was equiminded towards all these faiths although perhaps I was not then conscious of it. Refreshing my memory of those days, I do not find I ever had the slightest desire to criticise any of those religions merely because they were not my own but read each sacred book in a spirit of reverence and found same fundamental morality in each. Something I did not understand then and do not understand even now, but experience has taught me that it is a mistake hastily to imagine that anything we cannot understand is necessarily wrong. Something which I did not understand first has since become as clear as daylight. Equimindedness helps us to solve many difficulties and even when we criticise anything we express ourselves with humility and courtesy which leave no sting behind them.” (From the weekly letters to the Satyagraha Ahram written from Yeravda Central Prison in 1930)

Again look at this. “Should we not remember that many Hindus and Mohammedans own the same ancestors and the same blood runs through their veins? Do people become enemies because they change religion? Is the God of the Mahomedan different from the God of the Hindu? Religions are different roads converging to the same point. What does it matter that we take different roads so long as we reach the same goal? Wherein is the cause for quarrelling?” – M K Gandhi (Hind Swaraj, Selected Works, page137).

How can someone have problems with such religious people? If we follow the spirit of Gandhi, will there be bloodbath among people on the difference of religious beliefs? Is the BJP following this spirit of Gandhi when they are organising their Yatra?

Another thing should be mentioned here. Gandhi emphasised on congruity between means and ends. What is BJP doing? For the BJP end is of supreme importance. You can apply any means to achieve your ends. Gandhi would have never approved of BJP’s ends and he would have abhorred their means.

Can Gandhi help us today? We need to think about it seriously. Gandhi was a prolific writer. He wrote out of necessity. There are about 100 published volumes of Gandhi’s writings.

But among all his writings two books stand out. These are Hind Swaraj and his Autobiography which he described as “My Experiments with Truth”. How many people in this earth can vouch for his life as experiments in truth?

Again, for that matter how many people can say that his life is his message? These are two extraordinary statements made by Gandhiji on himself. Gandhi’s autobiography reads like a self-made documentary on his life. It shows the transformation of a weakling boy to a man of profound conviction and understanding through trials and errors and finally trials of truths.

Apparently Hind Swaraj looks like absurdity and an out of tune text with the present time. But if we take a step further and go deeper into the text of the book and try to read it slowly it turns magical. It is magical because after more than a century of its publication the book has not become obsolete. As if the book is reborn with several messages for the contemporary time.

Maybe this tiny text is more relevant today. As if the book has declared itself as an agenda for saving humanity and saving our globe! In Hind Swaraj, Gandhi discussed those themes and issues which were of perennial nature.

With astounding clarity and lucidity, Gandhi presented his views on those issues and warned us of their consequences if timely actions were not taken. The developments towards the end of the last century and at the beginning of the present century have proved that Gandhi was ahead of his time and others were much behind. Our globe today faces a crisis which is entirely man-made. Issues discussed by Gandhi in Hind Swaraj are menacingly gnawing at us today.

The climate change is a later coinage. Gandhi was a severe critic of modern civilisation and its offshoots. He was deadly against the machinery and wanted everything to be in accordance with nature. To oppose the ill rule he advocated passive resistance.

He was a votary of peace and nonviolence. In the present context, if we elaborate on these, maybe we shall realise how important his thoughts are to show us some light amid the encircling gloom. At the same time, it will be wrong to seek a blueprint in Gandhi for our time. In the light of Gandhian thoughts and philosophy, we can only work out our own blueprint.