Now, it has become obvious that the Citizenship (Amendment) Bill 2016 has totally failed to make any difference for the BJP in Assam 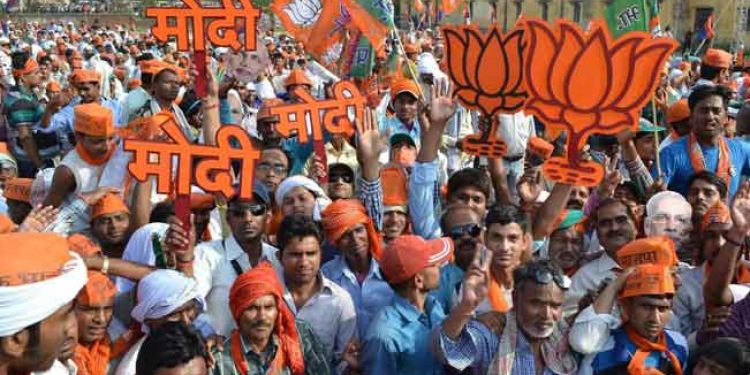 The BJP on Thursday has surprised all its critics and the educated-elite political pundits with a massive electoral victory in the Northeast.

In February 2019, almost everyone in the Northeast thought that the BJP was all set for an electoral debacle in the region, and especially in Assam in the upcoming Lok Sabha elections.

There were strong reasons to believe that. The BJP was seen as the mischievous sprite, trying to forcefully push for the controversial Citizenship (Amendment) Bill 2016.

According to the indigenous population, the bill would have not only granted citizenship to Hindu Bangladeshis, but would also have encouraged large-scale illegal migration from the neighbouring country.

In addition to the pressure groups like the All Assam Students’ Union (AASU) and the Krishak Mukti Sangram Samiti (KMSS), political parties like the Asom Gana Parishad (AGP) and the National People’s Party (NPP), were also at the forefront of the protest.

The BJP partially survived the political whirlpool after the Citizenship (Amendment) Bill 2016 was dropped from the Rajya Sabha. Indigenous Assamese electorates took it as a “victory” over BJP’s anti-people approach.

The Asom Gana Parishad (AGP), which had decided to wriggle out of the NDA alliance in Assam over the controversial Citizenship (Amendment) Bill 2016, burry its hatchet with the BJP, and again joined the government led by Sarbananda Sonowal in Assam.

Now, it has become obvious that the Citizenship (Amendment) Bill 2016 has totally failed to make any difference for the BJP in Assam.

The saffron party managed to register victory in nine seats in Assam. The election result is much better than the Lok Sabha election results in 2014. Amidst the Modi-wave in 2014, the BJP had won eight seats in the northeast, including seven in Assam.

BJP’s partners in NDA, NDPP and MNF registered victory in the two lone seats in Nagaland and Mizoram. In Tura constituency Meghalaya, Agatha K. Sangma of the NPP has been declared winner. She is the youngest daughter of former Lok Sabha Speaker, Pruno Agitok Sangma.

Apparently, the high-profile surgical strike across the LoC in Balakot definitely ignited the caste-Hindu Assamese electorates. They probably found Prime Minister Narendra Modi as the strongest leader for India.

Moreover, the demonetisation issue had no electoral impact in the Northeast, and especially Assam. There was no anti-incumbency factor against the BJP in the region.

While the critics and elite political pundits are still fumbling to comment on BJP’s electoral success in the Lok Sabha election, it now remains to be seen how PM Modi rewards the people of the northeast for the unanimous support to the BJP and its allies.