Battle for Delhi: Will APP return to power comfortably? 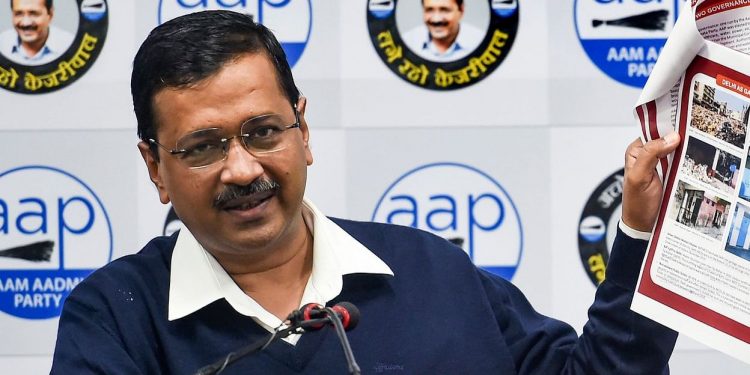 With just few hours left for the results of much talked about Delhi Assembly polls, the entire country is now eagerly waiting to see whether Aam Aadmi Party (AAP)   will retain Delhi assembly or the Bharatiya Janata Party (BJP) will upstage the eight-year-old party.

For the BJP, the Delhi election is a prestige issue. If the saffron party has to face defeat in the National capital, even after facilitating legislative and administrative infrastructure to build Ram Janambhumi temple at Ayodhya and scraping of Article 370 of the Indian Constitution, it will definitely have a negative impact on the upcoming elections at different states of the country.

In the 2015 assembly polls in Delhi, the number of BJP’s seats reduced to just three while AAP bagged 67 in the 70-member house. Congress faced a total rout in the polls.

Interestingly, the 2015 Delhi poll results came as a shock to BJP, which had registered landslide victory in Lok Sabha in 2014. The so called ‘Modi magic’ totally failed to draw the confidence of the Delhi voters.

The BJP, which won all the seven Lok Sabha seats in Delhi in both elections held in 2014 and 2019, however, failed to capture power in 2013 and 2015 Delhi Assembly elections.

The BJP faced such a setback at a time when Modi wave swept the country and revived the saffron party.

In the recently held assembly elections, the vote share of the BJP, which came to power with thumping majority in 2019 Lok Sabha polls, dropped significantly.

It seems the euphoria around Modi (Prime Minister Nadrendra Modi) has tapered off.  It lost power in Jharkhand and its vote share in Haryana and Maharashtra also dropped.

In Delhi, all pre-poll surveys have predicted the return to power of Arvind Kejriwal-led AAP.

Surveys have also indicated that Kejriwal set to return to power for the second time, but with reduced strength in Delhi Assembly.

According to IANS-CVoter Delhi poll tracker, AAP is set to win 59 seats, while the BJP, which is a distant second, is tipped to get just eight seats.

The Congress is predicted to get three seats in the Delhi assembly elections. While poll-surveys often proved wrong but in the case of the AAP, they seem closer to the ground realities.

The AAP leadership is depending upon its pro-people work in health and education sector. By opening Mohalla clinics, providing free electricity and free drinking water particularly to weaker sections, constructing concrete roads in JJ cluster colonies and raising educational standard of government schools making them efficient and competitive, Kejriwal managed to gained popularity among voters.

Moreover Kejriwal has also changed his stringent position from a persistent critique of Prime Minister Narendra Modi to a moderate one considering the need to attract popularity in his state where    BJP retained all seats in last parliamentary elections.

Kejriwal has chosen to project himself that he is not completely anti-Modi and extended support to the Modi government on certain issues like the scraping of the Article 370 that granted special status to the erstwhile J&K and bifurcation of the state into two union territories.

On the other hand, the BJP is quite confident that Modi magic will work and the central government’s decisions to scrap Triple Talaq, amending Citizenship Act and projects like National Register Citizens (NRC) or scrapping of Article 370 work in favour of the saffron party.

For the Congress, Delhi poll is an uphill task and its prospects appear to be bleak due to lack of an able leadership.

Further, free water and cheap electricity facility provided by the Kejriwal government may become the single factor, which will possibly help the APP to back to power in the national capital.