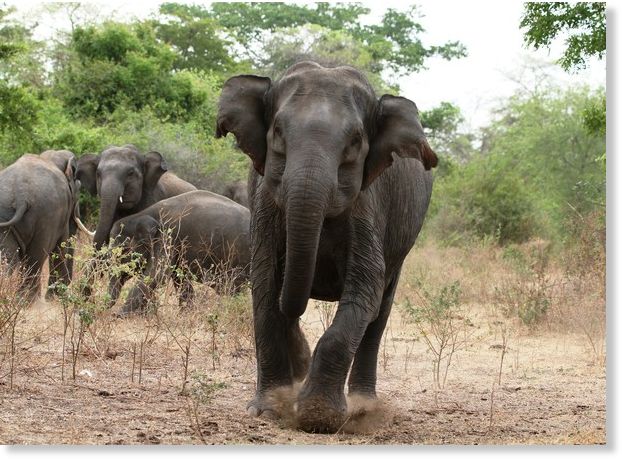 In another incident of man-elephant conflict, a 60-year-old man has been trampled to death by a herd of elephants at Panichukia Bongaon in Namrup under Dibrugarh district in the wee hours on Tuesday.

Panichukia Bongaon is located near the Jeypore reserved forest.

As per information, a herd of wild elephants came out from the Jeypore reserved forest and entered Panichukia Bongaon in search of food at around 1.30 am on Tuesday.

The herd of elephants which damaged several houses in the village trampled 60-year-old Joseph Urang, a resident of Panichukia Bongaon.

Immediately after the incident, the villagers conveyed the message to the Forest officials of Namrup about the incident and the Forest personnel along with the villagers later swayed away the herd of wild elephants from the village towards the Jeypore reserved forest by using crackers and other fireworks.

It may be mentioned that a man was trampled to death by a wild jumbo and another seriously injured on April 6, 2018 night at Brahmajan area of Khatangpani forest range under Doomdooma forest division in upper Assam’s Tinsukia district.

According to sources, both of them came to know about the elephants’ movement in the area and they chased the elephants to drive them towards the forest but one of the elephant from the herd suddenly turned and attacked them killing Debcharan.

Doomdooma forest officer, KZ Zinnah said after they came to know about the incident a team of forest official immediately rushed to the place. Both of them were taken to a hospital but the doctor declared Debcharan brought dead. “Man elephant conflict has been a major crisis recently. Due to search of food elephants come out of forest and as a result a conflict arise. Forest covers have been shrinking tremendously,” Zinnah had said.