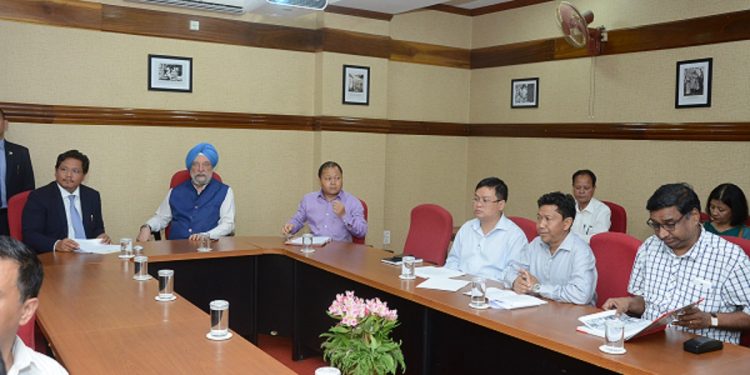 The minister reviewed the progress of flagship projects being implemented in the State.

Puri held a meeting with officials of the State Urban Affairs Department in the presence of chief minister Conrad K Sangma and urban affairs minister, Hamletson Dohling at Yojna Bhawan in Main Secretariat.

During the meeting, the union minister discussed matters related to key infrastructure projects to be initiated in Meghalaya.

He also reviewed the progress of flagship projects under the Union Ministry of Urban Affairs being implemented in the State.

The union minister assured full cooperation and support from the Centre and urged the State Government to work together for early completion of all projects being implemented in the state under various schemes funded by the Central government.