Baruah, who sustained serious injury in a motorcycle accident late last year near Ruili on the China-Myanmar border, suffers from complications now

He has been receiving treatment at the First People’s Hospital in Jiegao, 6 kms south-west of Ruili in Yunnan province, for several months now.

The sources said Baruah was taken to Southern Medical University Hospital in Guanzhou for treatment of his fractures in ribs, legs and hands.

He was released once the fractures healed and he returned to Tenchong on the Myanmar side of the border, not far from Ruili. 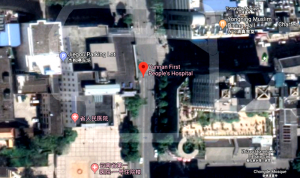 But since he has diabetes, the rebel leader began to suffer from other complications.

So he had to be readmitted to a hospital not far from Ruili, the Chinese town Baruah has used for his communications with the outer world in 2009.

He has been in Tenchong since he relocated to Myanmar in 2009 after the ULFA faced a severe crackdown from Sheikh Hasina-led Awami League government.

Due to health reasons, Baruah has not been able to take charge of the situation created by the Myanmar army offensive against Taga in Sagaing province.

In February, the Myanmar army launched a major offensive against Taga where the NSCN-K had its headquarters.

The NSCN-K did not oppose the takeover of its headquarters by the Myanmar army because it did not like to risk the ceasefire it signed with the Myanmar government in 2012.

But the ULFA got into clashes with the Myanmar Army when it tried to oppose the offensive against its bases in Taga.

It lost a few fighters including ‘Major’ Jyotirmoy Asom.

Other ULFA (I) fighters have been on the run ever since this offensive and at least nine have so far surrendered to the authorities.