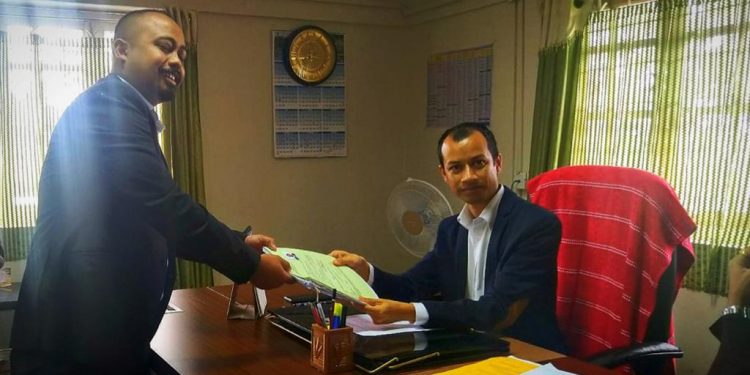 Chief electoral officer, F R Kharkongor said that the UDP candidate submitted his papers before sub divisional officer, L Kynjing, who is the returning officer for the by-poll to Shella Assembly Constituency.

UDP leaders and legislators including Assembly Speaker, Metbah Lyngdoh accompanied Synrem during the filing of nominations.

Synrem is the son of late Donkupar Roy who represented Shella for seven consecutive terms since 1988.

The bye election is required to fill up the vacant Shella seat following the death of Donkupar Roy on July 21.

Filing of nominations began on September 23, the day when an election notification was issued by the Election Commission.

The last date for filing of nominations is September 30.