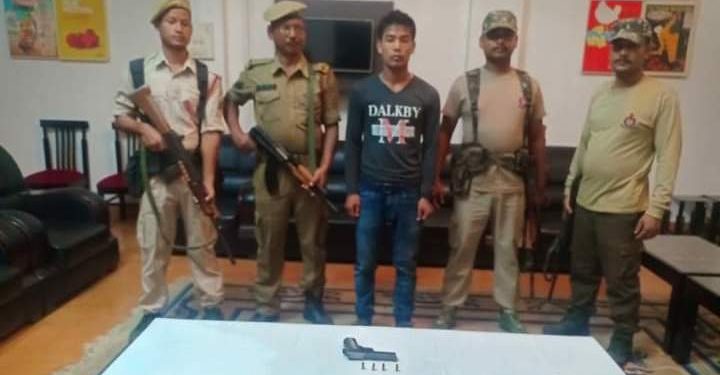 Two hardcore ULFA (I) rebels surrendered before security forces in Tinsukia on Saturday.

According to police,  the two ultras laid down arms following concerted operations against the militant outfit by the Assam police, CoBRA (Commando Battalion for Resolute Action), Army,  CRPF and Para (SF) near Jagun-Jairampur area along the Assam-Arunachal Pradesh border.

Anti-insurgency operations were intensified in the district especially in the inter-state border following intelligence reports that a four-member ULFA-I group led by self-styled second lieutenant Uday Asom had crossed over to Tinsukia district from Myanmar via Arunachal Pradesh on August 24 with the intention of carrying out subversive activities.

Manab Moran who was part of the crack unit purposefully got separated from the rest of the group with the intention to surrender, said an official.

After lying low for a fortnight, the ULFA-I cadre finally surrendered on Saturday depositing a .32 pistol and four rounds of ammunition.

Both the cadres who were said to be “disillusioned” by militancy as well as the ULFA (I) leadership had sent feelers to security forces about their intention to give up arms.