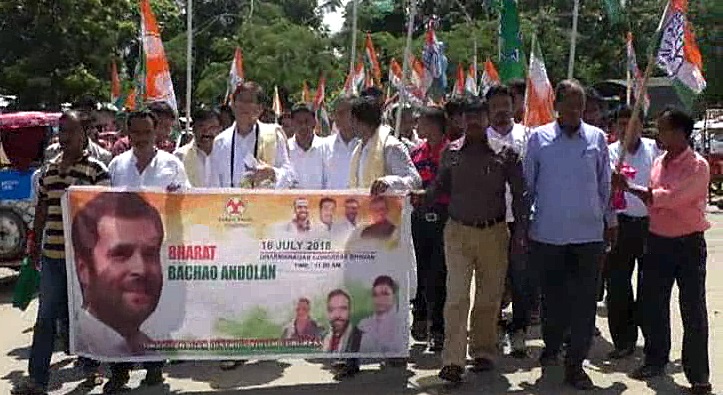 The rally was held under the banner of Bharat Bachao Andolon.

The youth congress delegates alleged that no initiative was taken for providing employment to the people of Tripura after BJP came to power. According to the youth congress leaders, BJP-led coalition government has failed to keep its poll promises.

The youth congress activists registered protests against BJP for suppressing voice of discontent. The leaders further said farmers are ruined and women are unsafe, fate of youths and students hang imbalance due to lack of right direction during the BJP regime.