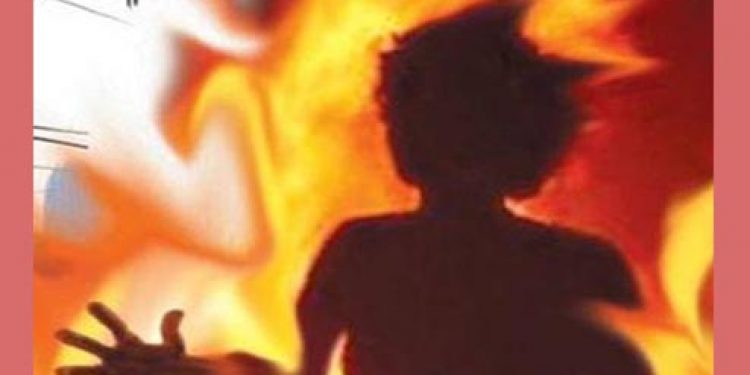 Kadamtala police recovered the torched body of a woman from the courtyard of her house at Beltala road under Kadamtala gram panchayat in North Tripura district.

The 45-year-old woman has been identified as Uttama Nath.

The incident has triggered panic among the locals in the area.

It is suspected it to be a case of suicide.

“From the circumstantial evidence it is suspected that Uttama Nath burnt herself. But it is too early to comment anything right now,” said sub-inspector of Kadamtala police station, Apu Das.

After recovery of the body, the police sent it to Kadamtala hospital for conducting post-mortem.

As per reports, the deceased’s son first saw the body lying in the courtyard of their house and immediately informed the police.

What came as a shock to the police is that none of the relatives or the neighbours are willing to say anything about the incident.

The police have recovered a kerosene drum from area where the body was recovered.

The deceased’s husband Bimal Nath is a paralysis patient and their only son was looking after the family.

According to sources, the deceased was not mentally sound.

“We are investigating into the case,” said police.

It may be mentioned that the deceased’s son was out of house at the time of the incident.

The officer-in-charge of Kadamtala police station, Krishnadhan Sarkar said, “It is not a natural death and a case has been registered. Police are further investigating into the case.”