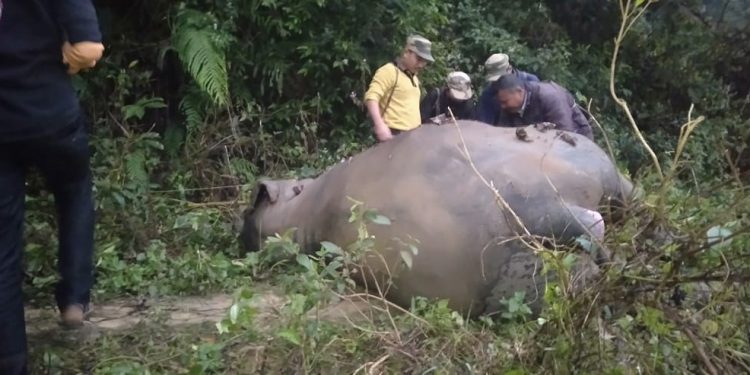 An elephant calf died at Watilong area of Khowai district in Tripura.

It has suspected that the elephant calf came there to have water and somehow fell into the water-body and died.

The body of elephant was witnessed near the water-body by locals.

The forest official confirmed that it was a wild elephant.

According to the forest officials a wild elephant was spotted on Friday in the jungle of Watilong area of Teliamura sub-division.

The area is in the Atharamura hill range and recognized as an elephant dominant area.

After the recovery of the wild elephant calf, tension gripped in that area.

The villagers are fearing that the mother elephant may come in search of the calf and create rampage in the area.

A row over burying the carcass has also arose as the villagers were not letting the forest officials to bury the dead baby elephant at that area.