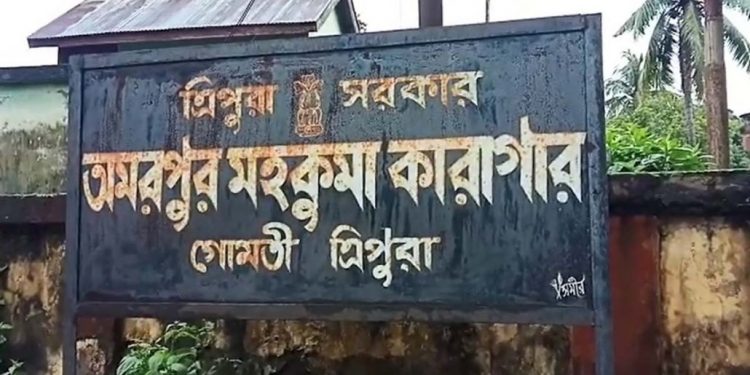 Police said the undertrial prisoner was identified as Dilip Das, a former police constable from Dharmanagar, who was arrested in May on charges of raping a woman.

He was lodged in the Dharmanagar Sub-Divisional Jail since then and brought to Kanchanpur jail only on Saturday.

Overcrowded Dharmanagar Jail was decongested in view of the Covid-19 pandemic and Das was shifted to Kanchanpur, said an official.

S Darlong, sub jailer of Kanchanpur jail, said his health checkup was conducted before his admission to the jail on Saturday and everything was found normal.

But in the night he suffered from respiratory distress and was taken to Kanchanpur Sub-Divisional Hospital, where the doctors declared him dead on arrival.

Dilip Das’s daughter alleged that her father was arrested by police on false charges.

On Sunday, Das’s body was handed over to his family members following postmortem examination.

Earlier in June this year, a 28-year-old prisoner, identified as Sajio Mog, was found hanging in Amarpur Sub Jail in Tripura.