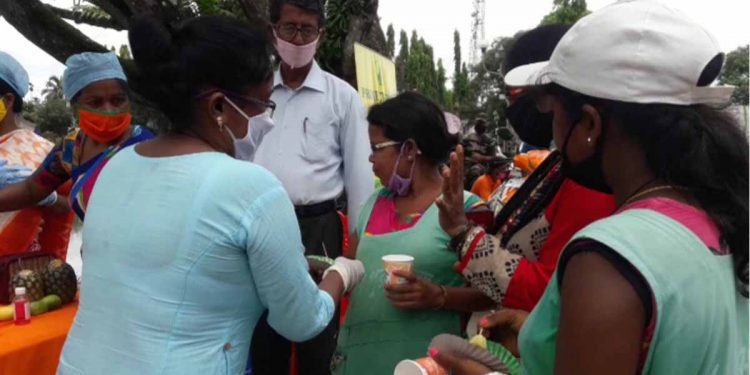 With the initiative of BJP Mahila Morcha, Vitamin C enriched fruits and juice like lemon juice and pineapple were distributed among the people at Dharmanagar on Wednesday.

The Tripura government has initiated the free distribution of  Vitamin C enriched fruits, mainly pineapple and lemon, to people in order to boost their immunity in fight against COVID-19.

Although the distribution program was scheduled to be held on every Saturday however BJP Mahila Morcha took the initiative as launched distribution at Dharmanagar mainly among the municipality workers.

Both pineapple and lemon, grown in the state extensively, are known to be rich in Vitamin C and act as antioxidants to prevent any virus attack.

However, the entire distribution programme was carried out while maintaining social distancing.