While Tripura has been declared a ‘Corona-free’ state, Bangladesh has registered so far 5,416 confirmed COVID19 cases 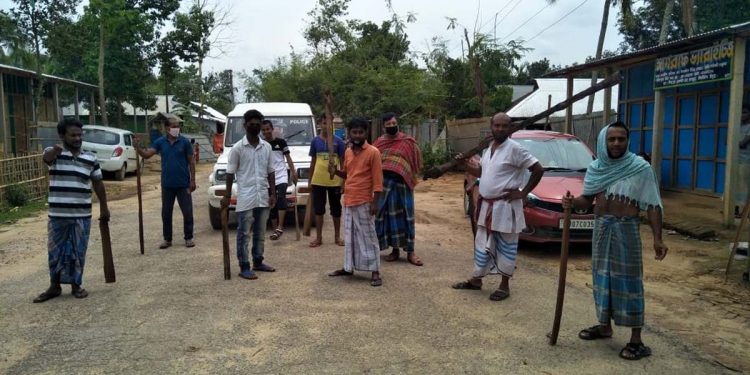 Tripura villagers on Tuesday blocked goods-laden trucks coming from Bangladesh at Srimantapur in Tripura’s Sepahijala district fearing spread of COVID19 as the virus has claimed 145 people in the neighbouring country.

While Tripura has been declared a ‘Corona-free’ state, Bangladesh has registered so far 5,416 confirmed COVID19 cases.

The villagers said they would not allow any trucks carrying goods from Dhaka and Narayanganj, which have been considered as COVID19 hotspots in Bangladesh, enter the Indian territory under any circumstances.

“Now, Tripura has been declared as a Corona-free state. We don’t want Tripura to be affected by the deadly coronavirus again,” the villagers told the media.

The villagers also alleged that there is no scientific arrangement at Srimantapur ICP except the deployment of a medical team of two health workers which is not well-equipped.

They also claimed there is no proper infrastructure at Srimantapur ICP to prevent COVID19 infection.

Rashid said, “The cement and coals, which have been kept open in Bangladesh, are being destroyed during the month-long lockdown. The custom authority gave us permission but the locals have prevented us from doing business.”

Meanwhile, the headman of Srimantapur village said, “Our Chief Minister has instructed us through teleconference to conduct mass patrolling and maintain surveillance at the border to prevent COVID19. And, we are following that instruction.”

“But the local administration is putting pressure on us to withdraw our border protection measures. Therefore, the Bangladeshi lorries are entering Indian territory. We are under threat of being infected by coronavirus now,” the headman said.

“People are against business with Bangladesh during the lockdown period to prevent spread of COVID19 from Bangladesh. On the other hand, the government Tripura ordered us to open the ICPs. We are to carry the government order,” said P.K. Joardar, assistant commissioner of the customs Shilong region.