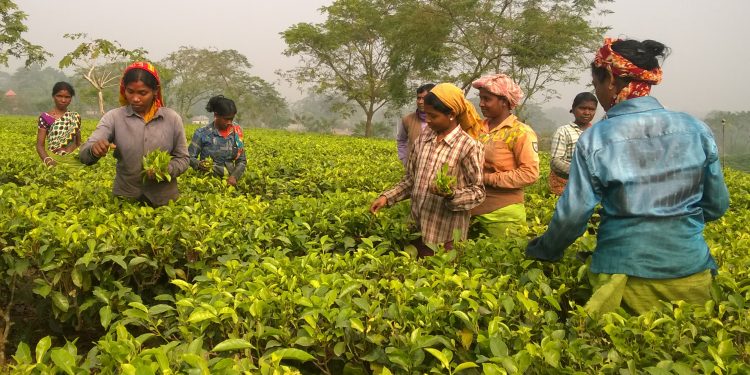 Chairman of Tripura Tea Development Corporation (TTDC) Santosh Saha informed that the corporation would be executing a plan to distribute and promote Tripureswari Tea brand through fair price shops.

The tea would be made available in 231 fair shops across the Agartala Municipal Corporation (AMC) and would be priced at Rs 17 per 100 gram.

“It’s a pilot project and gradually every ration shops would be covered under the programme. Selling tea through fair price shops is a part of TTDC’s plan for marketing Tripura tea,” Saha added.

He also alleged the former CPI (M) government of damaging the prospects of the tea industry in the state.

“The present BJP-IPFT government has taken a series of initiatives to revive and develop the state’s tea industry,” Saha added.

The TTDC chairman also informed that the corporation would soon sign a memorandum of understanding (MoU) with the Tripura Natural Gas Company Limited (TNGCL) for initiating gas-based tea production.

“Since there is a crisis of coal, we have decided to produce the tea by using gas. Moreover, gas-based tea processing is technically more efficient and cleaner,” he added.

Tripura’s tea industry is over 100 years old and there are presently 58 operational tea gardens, among which 42 are individually owned, three are run by the Tripura Tea Development Corporation (TTDC) and 13 are operated under cooperative societies.

Around 3,000 small tea growers also run their tea gardens with government support. 6,885-hectare land is under tea cultivation in the state.

Tea cultivation in the state began in 1916 at Hiracherra tea estate in the present Unakoti district.