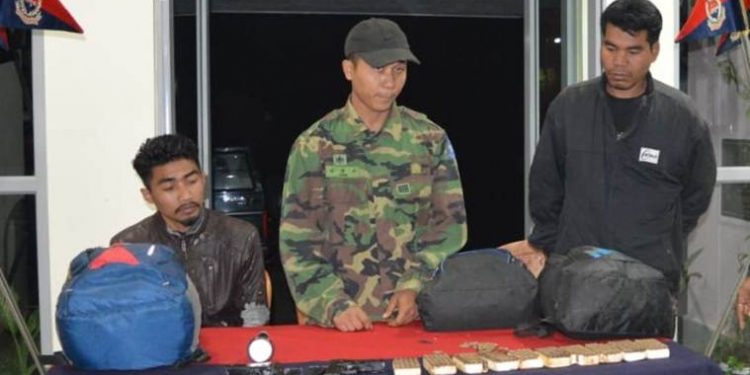 Three NLFT militants on Tuesday surrendered before BSF at Udaipur in Gomati district.

BSF officials said the cadres of the proscribed outfit deposited arms, ammunition and other documents.

A BSF official said the three NLFT rebels came from across the border in Bangladesh, where they were active under as a new group of the proscribed outfit, Indian Express reported.

The surrendered NLFT rebels have been identified as Sannakumar Tripura, 29, Jarmaram Tripura, 27, of Choto Shakbari village in South Tripura and Sudharam Reang of Ashapara in North Tripura district.

The NLFT, which was formed on March 12, 1989, with sovereign Tripura demand, was banned in 1997 under the Unlawful Activities (Prevention) Act (UAPA) and later under the Prevention of Terrorism Act (POTA).

A small faction of the outfit is active, which is hiding away across the international border in Bangladesh in the Chittagong Hill Tracts (CHT) and adjoining areas.

“Some of the NLFT militants, who are operating under a new group these days, expressed their desire to surrender recently. We have engineered the surrender,” the newspaper quoted an unnamed BSF official as saying.

Earlier on January 2 this year, three NLFT ultras were arrested at Dhalai and North Tripura districts.