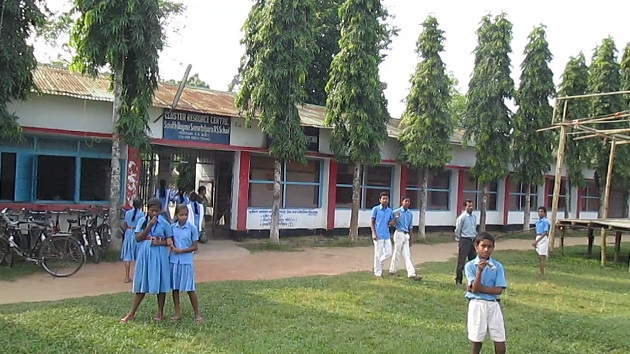 The BJP government in Tripura has served a showcause notice on a school teacher for peeing in open.

Longtharai Valley sub-divisional magistrate Siddharth Shiv Jaiswal has charged Ghagracherra High School teacher Ram Kamal Chakma with “urinating in the open near the school kitchen and in front of the students”.

“We served a show-cause notice on Chakma last week and asked him to reply why strict disciplinary action should not be taken against him. He apologised for his act,” Chailengta educational inspectorate’s Paritosh Ch Das said on Thursday.

A senior official of the Education department said the government strongly discouraged open urination, defecation and littering and citizens caught in such acts would be fined following directions of the National Green Tribunal (NGT).

Despite repeated appeals, the habit of littering of waste, including plastic items in drains and water bodies, and urinating in open places continues to be a problem in the Agartala Municipal Corporation (AMC) areas and urban areas of the state.

Social activist Biswendu Bhattacharjee said the AMC following the directions of the Tripura High Court had set up around 45 toilets in the city and its outskirts but these are not properly maintained and are shut most times as toilet fittings and water pumps are stolen.

He alleged the public toilets in Agartala are not properly maintained in the schools and educational institutions and the number of public toilets are either grossly inadequate or do not exist.