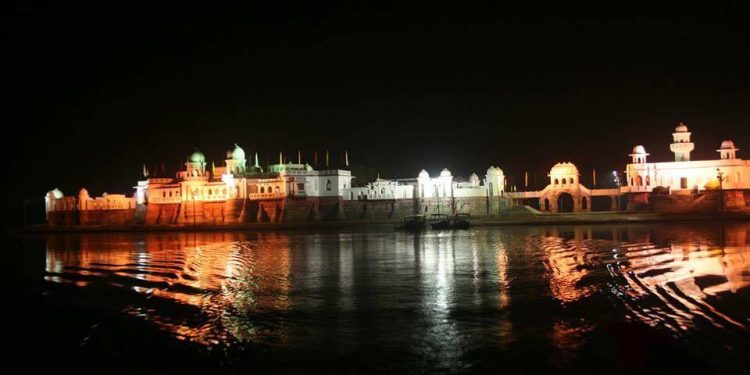 The royal family of Tripura has lost Neermahal dispute in the High Court on Monday.

The high court has given the verdict that the Neermahal is not the property of the royal family.

The State Government has the right on the six acre land of Neermahal and its surroundings.

It is notable that, Rajmata Bibhu Kumari Devi filed a petition and claimed that the land of Neermahal is the property of the royal family and they want its possession.

Advocate General Arun Kanti Bhowmik said fomer King of Tripura Lt Kirit Bikram Manikya’s personal property at Melaghar’s Neermahal made with six acre of land including the lake and Neermahal was handed over to Tripura Governmnet in 1974 totally.

While Kirit Bikram Manikya passed away in 2008, his wife Bibhu Devi filed a petition challenging the government and claimed that the land was never handed over fully.

It was demanded that the property was only given as order to use and thus government has to return the land and also the profit made from it, said advocate general Arun Kanti Bhowmik.

In the lower court the case was won by Bibhu Devi in 2015.

After that the State Government challenged the lower court verdict in Tripura High Court.

On Monday, a division bench comprising chief justice A A Kureshi and justice Arindam Loadh of Tripura High Court pronounced the verdict.

They were of the opinion that this land totally belongs to the government of Tripura and thus the government can use it for the development of the people.

Speaking to Northeast Now after the verdict, royal scion Pradyot Kishore Debbarma said, “I challenge the government to provide one legal document to suggest that my father ‘gifted’ Neermahal to them.”

“Also I am glad that finally the State Government has admitted that no money was ever paid for Neermahal to my father or my family,” he added.

“I will challenge the matter in Supreme Court, but I must ask one question to all if the erstwhile royal family cannot protect their private property then what hope does a poor person has,” he questioned.

“Crores have been spent on legal cases, my father is no longer with me and my mother is 75 years old… justice delayed is justice denied. I will not compromise,” he asserted.

Neermahal is a former royal palace built by Maharaja of Tripura Kingdom Bir Bikram Kishore Manikya Debbarma of the erstwhile Kingdom of Tripura.

It was constructed in the middle of the lake Twijilikma in 1930 and was completed by 1938.

It is situated in Melaghar, 53 kilometers away from Agartala, the capital of Tripura.

The palace is the largest of its kind in India and the only one in eastern India.

It is so huge, it cannot be fit into a single picture frame on the standard camera until one is at a distance of approximately 800 metres from the entrance.

There are only two water palaces in India, the other one being the Jal Mahal in Rajasthan.

However, the latter is significantly smaller in size than Neermahal.